Ben Affleck Divorce Turns Nasty: Jennifer Garner Fighting Over Who Gets To Use Split To Promote Movies 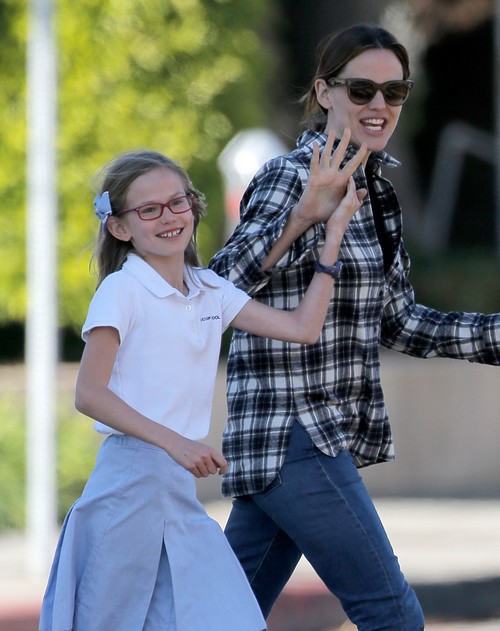 Ben Affleck and Jennifer Garner’s divorce has turned nasty – Jen has reportedly kicked her soon to be ex-husband out of their family home that he was still sharing with her and the kids. Apparently there are rules to high-profile celebrity divorces.

For example, if you are the one who did the cheating, you aren’t allowed to speak to the press – you’re supposed to allow your spouse to throw you under the bus and take it like a champ.

According to In Touch Magazine, Ben Affleck reportedly broke that rule and he is going to have to head back to his bachelor pad. Jennifer Garner finally spoke out about her high-profile divorce and Ben Affleck’s cheating scandal with Christine Ouzounian in an interview with Vanity Fair, of course she threw some passive aggressive shade Ben’s way.

But, she was furious when Ben opened up about their divorce a few days later.

An insider source dished to In Touch Magazine, “Jen went nuclear – she’s livid with Ben. They’d both privately agreed that after everything he put her through, she would be the only one to publicly speak out.

The insider went on to say, “Ben had promised Jen he wouldn’t respond to anything, so the fact he’s gone back on his word has really hit her hard – especially when he’s broken so many promises to her in the past.”

So the fact that Ben didn’t really say anything bad about Jennifer Garner is irrelevant, it’s more or less the fact that he interfered with her divorce exclusive. At this point, we’re starting to believe the trolls on the internet who are blasting Jen and Ben for using their split to promote their movies.

Who cares at this point who got the exclusive? Unless of course it’s because they are fighting over the exclusive on their divorce because they want to use it to boost their careers. What do you guys think? Share your thoughts and theories in the comments below.

Jennifer Garner was spotted with her daughters in Santa Monica, California on March 24, 2016. FameFlynet