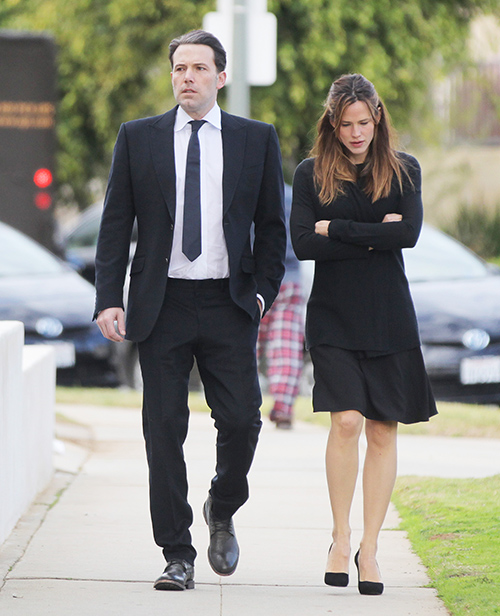 Jennifer Garner and Ben Affleck are reported to be at it again following a new string of fighting over Ben’s jealousy and insecurities over Jennifer dating other men. In Touch sources have revealed the latest drama saying, “He’s been demanding and jealous, constantly asking her who she’s spending time with. He hates that he has no control over her anymore.”

The report continues with saying that Ben Affleck is “constantly badgering Jen for details about her mystery suitors.”

Could Ben Affleck really be that insecure? It’s really hard to see him that way! Could he really think that he has any justifiable reason to have even an opinion about Jennifer Garner’s love life? Don’t forget that according to numerous reports Ben is the one who betrayed Jen when he allegedly cheated on her. Why do guys do that? They stray down the unfaithful path, then when their former spouse moves on, they lose their minds over it. That will forever baffle my mind. When you dig your own grave, you gotta deal with it. Plain and simple.

Jennifer Garner has a really good head on her shoulders and can handle a lot. She has certainly proven herself on so many levels, professionally as well as in her personal life. No matter what is really going on here between her and Ben, she will come out of it just fine.

For anyone who thinks that Jen is still hung up on Ben and not really ready to date, think again. People has reported the stunning actress saying quite the opposite, “When all is said and done, and [Adir’s] sprayed you into place, you kind of look in the mirror and go, ah, wow. ‘Thank you. Oh, that’s lovely.’ I wish I had a date!”

She had just gotten the beauty treatment by her hairstylist Adir Abergel, to whom she awarded the Choice Hairstylist award at Marie Claire’s Inaugural Image Maker Awards on January 12. I am sure there are about a million and a half guys out there that would love to grant you your wish Jen!