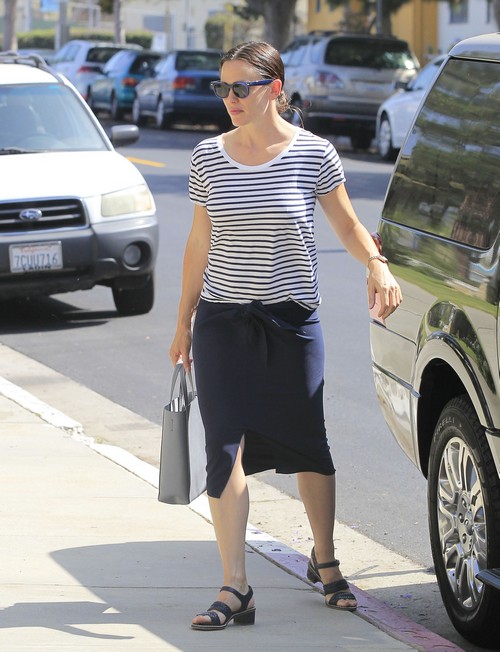 Ben Affleck, Jennifer Garner divorce headlines have been dominating the media ever since the couple announced their separation last summer. Yet, it looks like the Hollywood stars are willing to give their marriage another try, as insiders say that Ben Affleck and Jennifer Garner are “falling in love” all over again?

Ben Affleck and Jennifer Garner’s marriage has seen it’s fair share of ups and downs. Along with raising three children together, Ben Affleck’s cheating scandals have not only caused trust issues for his wife, but embarrassment for their entire family.

Yet, sources close to the couple say that “things have changed,” indicated that the handsome Hollywood actor might have changed his ways, despite the pair sleeping in separate bedrooms in their $17.5 million dollar Pacific Palisades, Calif. mansion.

According to Us Weekly, Jennifer Garner’s heart is definitely in her marriage, but she’s focused on staying strong for their three children, Violet, 10, Seraphina, 7, and Samuel, 4, and ultimately not getting hurt again, even though she was spotted getting very up close and personal with her husband in the romantic city of Paris earlier this year. With such conflicting emotions, it definitely hasn’t been easy for Jennifer.

One source dished, “Jen seems to still be in love with Ben but doesn’t allow her mind to go there. She just focuses on the kids,” while if it were up to Ben, “they would be together. He feels like he can’t live without Jen.”

It makes sense that the Ben Affleck and Jennifer Garner divorce might never happen. After all, they both heavily rely on their public images to sell their movies. Audiences want to see Ben as the reformed and dedicated husband and hands-on father that he’s portrayed ever since he married Jennifer back in 2005.

His reputation was tarnished after his ‘Bennifer’ years with ex-girlfriend Jennifer Lopez almost killed his career. Of course, the same applies to Jennifer Garner, who these days is better known as the “mom next door” for her legion of Midwestern fans who love her sensible, ostensibly non-Hollywood approach in life.

Jen is seen almost everyday running errands with her kids along with a “busy, wet hair, no makeup” image that makes her very relatable to the everyday mom.

Tell us, CDL readers, what do you think? Are Ben Affleck and Jennifer Garner ready to pull the plug on their marriage? They’ve officially been separated for one year now, and if they haven’t done so yet, something must be keeping them together, and it’s definitely more than just the kids. Drop us a line with your thoughts in our comments section below.

Jennifer Garner and her kids attend church services in Pacific Palisades, California on July 10, 2016. Rumors are swirling that Jennifer and Ben Affleck are currently trying to reconcile their troubled marriage. FameFlynet