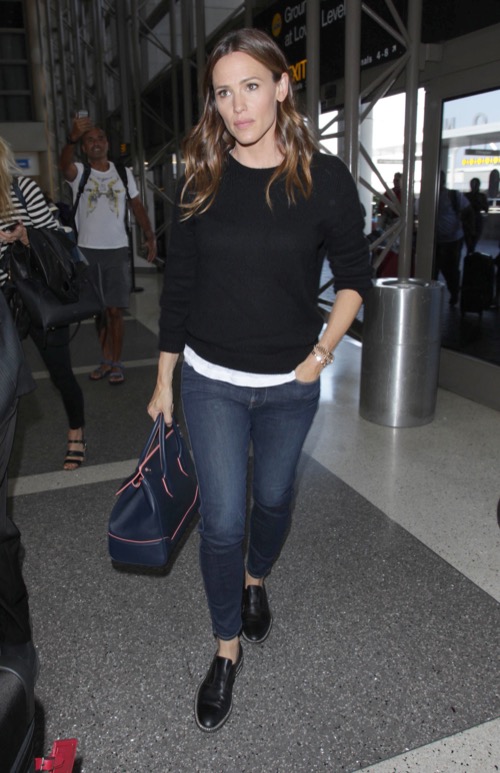 Ben Affleck and Jennifer Garner, will or won’t they divorce? Tabloids have been speculating for months now on the status of their marriage. The couple have been sending mixed signals to the press and public for almost as long, never providing any affirmative answer.

Jennifer Aniston and Ben Affleck celebrated their eleventh wedding anniversary this week and it’s been almost a year since they publicized their separation. The couple is still seen together with their children. Case and point, their family trip to London and Paris last month while Ben Affleck was filming Justice League.

Neither Ben nor Jen will confirm or deny the divorce allegations. Ben still calls Jennifer his “wife” as he did during an HBO interview with Bill Simmons last week. Despite his unusual appearance on Any Given Wednesday, Ben Affleck was very clear once more how supportive Jennifer Garner was of him while he rebuilt his career.

But as recent as three weeks ago, Jennifer Garner had plans on divorcing her husband. So does Ben’s HBO appearance mean he still hopes they can reconcile? Does he still believe he can get Jen to come around and change her mind and not finally file divorce papers?

According to an exclusive ET Online report, a source quotes that they are making it work. They also come right out and say that they don’t know if they will ever get a divorce: “They still have not officially filed paperwork for a divorce,” the source reiterates.
ET also noted since their split, the two have established a co-parenting routine with ben remaining close to Jen and the kids.

They’re still legally married, but separated. They both live on their property in Brentwood California. Another source told ET: “They’re in a good place and co-parenting the best they can.”

Confused? ET did it’s best to get to the bottom of this conundrum. Do Ben and Jen know what they’re intensions are? Do they share every relationship up and down with the press and let the tabloids write what they will? Or, do the pair have things worked out and simply tell the press what it wants to hear in order to keep their lives private and press distracted?

Radar Online has an interview with Jennifer’s father after the devastating floods that hit West Virginia. Her dad remains mum about the status of his daughter’s relationship, saying he’d leave it up to the couple to discuss their personal lives.

People Magazine has published two conflicting stories. One friend of Jennifer’s says: “nothing has changed” in the relationship: “They’re still all about putting the kids first.”

Yet another report states that Ben doesn’t want a divorce and Jen has denied to friends that they’ve reconciled. The friend also said that Jen doesn’t mind that the divorce hasn’t been finalized, but she still intends on going through with it.

And to pile on more confusion, the same friend said that Jen really enjoyed her time with Ben and their kids in Europe. She liked spending time with Ben again. And yet another source said: “They have a lot of admiration and respect for each other”

So which is it? Will they or won’t they divorce? Will Ben Affleck and Jen Garner continue to play this game with the press, teasing the tabloids while not really giving them an answer? Or is Jen dangling the reconciliation worm before ben and is ben the one who’s being jerked about?

What do you think is going on, CDL readers? Tell us in the comments. Keep your browser right here at CDL for all the latest celebrity gossip and news.

Jennifer Garner is seen departing on a flight at LAX airport in Los Angeles, California on June 30, 2016. It was one year ago today that Jennifer announced her split from Ben Affleck but their divorce is still not official. FameFlynet