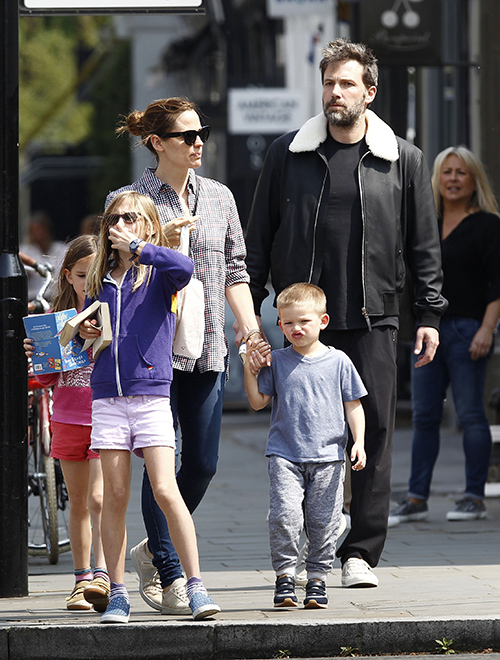 Jennifer Garner and Ben Affleck’s marriage is a constant topic of conversation. Are the reports that Jennifer and Ben are reuniting merely a PR stunt to promote Jennifer’s new movie ‘Mother’s Day’ and Ben’s trilogy of ‘Justice League’ movies?

A guy in France blew up Twitter when he posted a photo of Ben and Jennifer getting ice cream with their three kids in Paris. Speculation that the estranged couple had reunited ran rampant. Now, the most recent issue of People reports that the couple is using their European vacation to forgive, forget, kiss, and reunite.

However, E! has a source that says the exact opposite. This insider revealed that there is ZERO chance Ben and Jennifer will put their marriage back together. It’s over, done, finished, kaput and all Jennifer and Ben are doing is setting an amazing example of how exes can co-parent effect

Actors and actresses do a lot of things that cause buzz and hype about projects they’re working on or movies that have been released. Are these conflicting reports of “are Jennifer and Ben together again or not?” just a bunch of savvy public relations suits directing the couple?

After 10 years of marriage, Jennifer and Ben announced their separation in June 2015. In a recent interview Jennifer said the separation occurred long before the announcement was made and had absolutely nothing to do with Ben’s alleged affair with the couple’s nanny Christine Ouzounian.

Ben Affleck is the love of Jennifer Garner’s life. The actress has publicly admitted that, as well as stating he is a workaholic who was more interested in drinking and gambling. However, there have been reports that Ben has been making a lot of changes and trying to win Jennifer back.

Are Jennifer and Ben working on repairing their marriage? Neither have actually filed divorce papers yet and they’ve been separated nearly a year.

Do we really believe it’s this easy to co-parent? So easy, in fact, that you can spend a month or two in Europe with your estranged spouse and your three children and get along? Or is this all about public relations for Jennifer Garner and Ben Affleck?