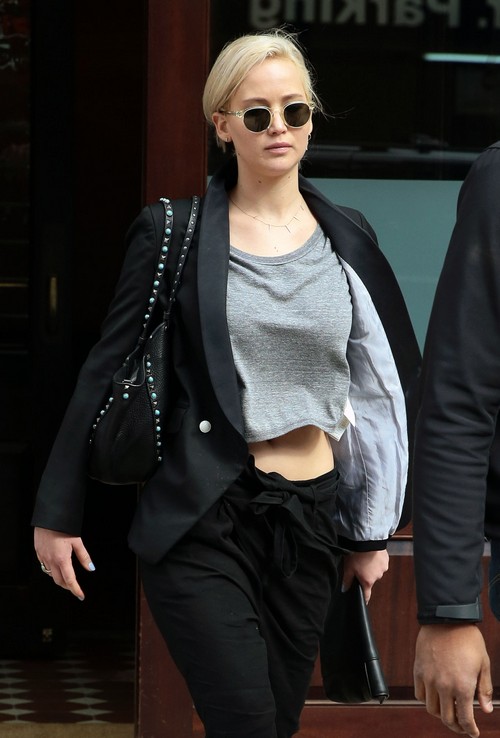 Long before Jennifer Garner became a married mom of three and began specializing in more family oriented movies – she was kind of a badass. Garner and Ben actually worked together on Daredevil, and then a few years later her action here Elektra got her own spin-off movie.

J-Law’s movie style can definitely be compared to Jennifer’s pre-Ben career, and according to a new report – that is exactly what Ben likes about J-Law. Of course Jennifer Lawrence is about 100 times the star that Jennifer Garner ever was or will be.

Radar Online is reporting that Ben Affleck has no shame in his game, and he has been apparently emailing Jennifer Lawrence and trying to get her to film a movie with him. An insider dished to the website, “Affleck is trying to finagle his way into working with Oscar-winning Lawrence.”

The source goes on to say that Ben and J-Law are “emailing and talking about scripts.” Apparently, Ben is trying to play off his convos with Jennifer Lawrence as strictly business – but no one is buying it.

Normally we would say that Jennifer Lawrence wouldn’t give Ben Affleck the time of day. But, that was the same thing we said about Chris Martin, and she proved us wrong. Ben may have a thing for Jen’s, but J-Law has a thing for recently divorced dad’s … so in theory they could be perfect for each other.

Do you think that Jennifer Lawrence will fall for Ben Affleck’s charm? If they do wind up working together, do you think that sparks will fly between the two stars? How do you think Jennifer Garner feels about all of this? Share your thoughts in the comments below!

Jennifer Lawrence is spotted leaving her hotel in New York City on March 26, 2016 by FameFlynet