Beyonce And Jay-Z Spotted Without Wedding Rings Amidst ‘Becky With The Good Hair’ Side Chick Cheating Scandal – Breakup Looms? 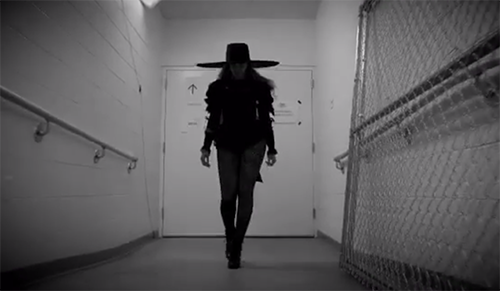 Jay-Z and Beyonce’s divorce is nearly official! After Beyonce shocked the world with her “Lemonade” video on HBO, and the premiere of her new album, which references some serious marriage trouble and cheating allegations, it was pretty obvious that Jay-Z and Bey’s divorce was moving forward. CDL has been covering Jay and Bey’s supposed divorce for over a year now – and the writing has been on the wall for quite a while, although a lot of fans didn’t want to believe it.

While the internet was on a witch hunt looking for Jay-Z’s sidechick “Becky With The Good Hair” – Beyonce took the stage on Wednesday, April 27 to perform for her Formation World Tour. While Bey belted out a few tunes and even gave her “beautiful husband” a shout out, all eyes were on her empty ring finger. You know that ring Beyonce took off and threw in her new video? Well, it looks like she never bothered to put it back on!

One could argue that Beyonce took her multi million dollar ring off before she hit the stage so she didn’t lose it. However, at the same time, her husband Jay-Z was spotted backstage chatting up DJ Khaled – and he wasn’t wearing a wedding ring either!

Diehard fans will argue that Beyonce actually got a tattoo in the place of her wedding ring – something a little more permanent to show off her love for Jay-Z and that was why she wasn’t wearing her ring. But, if you look at Bey’s recent pictures, that tattoo is all but faded in to oblivion and barely noticeable. We’re going to assume that Beyonce didn’t go to a bootleg tattoo artist in someone’s basement, and the ink is fading because she has been having it gradually removed.

After rumors and speculation for months – it looks like Jay-Z and Beyonce’s divorce is really happening. Or, Bey and Jay have created the most epic hoax ever to sell records and boost Tidal’s sales.