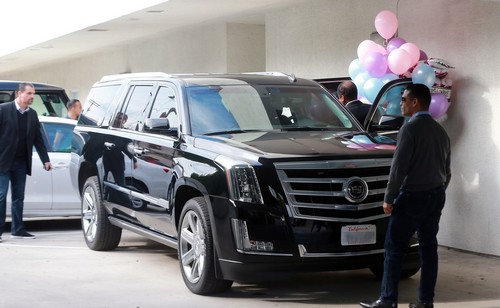 Is Beyoncé’s Super Bowl half-time collaboration with Chris Martin causing marital problems with Jay Z – are the divorce serious? Is a furious Jay Z questioning why Beyonce is spending a ridiculous amount of time with Chris?

There has been many a report of trouble in the Bey and Jay marriage since the Solange elevator fight and divorce is often mentioned. Allegations of Jay cheating with Rhianna – which proved to be false – reportedly caused the couple to split for about a year.

Recent buzz is that Queen Bey and Jazzy are so estranged that the couple is living at opposite ends of their brand new mansion. Many reports imply that if not for the massive amounts of money and business deals involved Beyonce and Jay Z would be divorced already.

A fling with a single good-looking guy like Martin might be tempting for many women – is Bey-Bey immune to Chris’s charms? Have Beyoncé and Chris Martin spent many a late night preparing for their 12-minute Super Bowl L act? It’s no secret Bey-Bey is a perfectionist – but there is such a thing as overkill – and it appears Queen B has reached that point.

An insider revealed to Star that Jay Z is miffed – okay, the music mogul is livid that Sasha Fierce can’t refuses to get home at a reasonable hour. And that has Jay asking what’s going on between Chris Martin and Bey. The source said, “Jay just isn’t comfortable with how close [Chris and Bey] have become. Does the “Single Ladies” singer care about hubby’s feelings?

Nope, Queen Bey doesn’t care what Jay thinks at all an insider revealed. “[Bey-Bey] wants her duet with Chris to be an all-time classic and that means doing whatever it takes.” Is whatever it takes going to be the death knell for Bey and Jay?

If the only way to achieve perfection, Queen B will rehearse all night long with Chris. If Jazzy thinks Bey is going to keep some kind of normal schedule, the rapper has another think coming. Beyoncé is a perfection driven performer – but it appears she doesn’t care if her marriage is perfect, just the music. Is Beyoncé Knowles driving Jay Z right into the arms of another woman? Could an affair with Rhianna become reality?

Jay-Z and Beyonce celebrate the 4th birthday of their daughter Blue in Los Angeles on January 10, 2016. FameFlynet