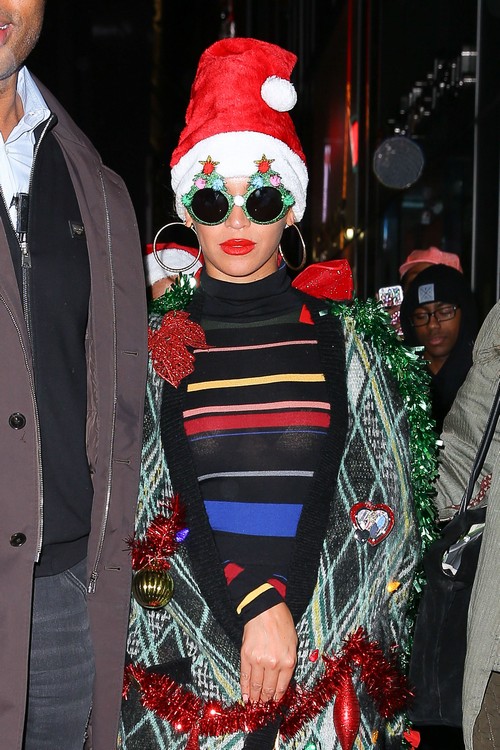 Is Beyonce pregnant with a second baby and hiding a four month baby bump – is Jay Z happy to be a dad again? Hiding the pregnancy for Beyonce won’t be a choice much longer. The cat seems to be out of the bag already. So when will the rep confirmations happen? We are waiting!

Life & Style has an inside source who revealed, “Bey is pregnant. She feels like she has been trying to have a second baby since Blue was born.” While another insider said, “Her dream has finally come true.”

Speculation has been building all over the Internet with each photo snapped of Beyonce in public wearing really baggy clothes. This is not Beyonce’s style, ever. But if she’s trying to keep this alleged pregnancy hush hush, it makes perfect sense. What does hubby, Jay Z think of having a second baby? He’s got to be excited… Blue Ivy Carter is already 4, it’s time to have a little play buddy. Siblings are a necessity for life!

The most recent appearance of Beyonce was on January 18 when she was seen leaving a Super Bowl rehearsal and a lucky fan happened to see her with her entourage and shot a quick, somewhat blurry video of Beyonce in a giant rain jacket and posted it to their Instagram with the caption, “BEYHIVE THIS IS NOT A DRILL!!!!!!!”

Wearing clothes like Beyonce has been only makes the speculation grow and it’s almost like it’s an announcement that she is in fact pregnant with her second baby! Why not just come out with it officially and let the fans see the bump? Especially if Beyonce is already 4 months along, she’s in the “safe zone” for making the announcement.

Do you think that Jay Z is being super protective and wanting to keep it under wraps as long as possible? Or is this secrecy all Beyonce?

With the Super Bowl halftime show just around the corner, what do you think Beyonce will be wearing on stage? Will she continue with the loose look? Or is she going to finally rock that baby bump and wear it proudly for the million of fans watching the show?

What do you guys think? Will it be a girl or boy? What kind of names do you think will be put out there? We want to hear what you think…sound off in the comments below!