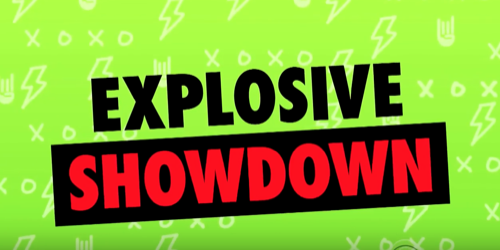 Tonight on CBS Big Brother 18 returns with an all-new Wednesday, September 14 episode and we have your Big Brother 18 recap below!  On tonight’s episode, someone will be evicted from the BB house and the final 3 will be revealed.

If you missed last night’s episode where the new Victor was sent home and Paul was crowned the new HoH, we have a full and detailed recap, right here for you!

On tonight’s episode as per the CBS synopsis, “On tonight’s episode, Paul we will make his nominations of eviction. Then the PoV & ceremony will be held and later someone will be sent to the jury house. The final 3 will be revealed.”

#BigBrother18 tonight will feature a LIVE eviction but first we’ll see HoH Paul’s nominations to the Chopping Block then a Power of Veto comp and then the ousting. #BB18 picks up right after the HoH comp with Paul crying tears of joy over winning.

In Diary, he says all of this has finally paid off and he never thought he’d make it this far. He says that win was for Victor. Corey tells Nicole good try. Corey is worried now that Paul has won and they just sent Victor out of the game.

Nicole is in tears in Diary and says she knows Paul is upset with them and will probably put her and Corey on the block. James is excited and has respect for the win and hopes that the plan he and Paul talked about last night will stick.

Flashback to Paul and James talking about working together once Victor is gone or they’ll lose. James hopes that Paul will stick to this. Paul hopes he or James wins veto to split up the showmance. Paul says he has to send one of them home to make it right for Victor.

Paul then makes his nominations. No surprise, it’s Nicole and Corey. Paul tells them they’re a power couple and beating both of them will be tough so it’s his best move strategically. He adjourns the ceremony and James is happy not to be on the block.

James says he has to fight for the veto anyway because it’s critical this week with only one person voting. Corey says it’s all about the veto and he tells Nicole she should have won it. She gets mad when he tells her she should have gotten one more question right. She goes to cry.

Drama in the BB18 jury house

The #BBJury crew are doing art work and Michelle paints Nicole as a snake. Zakiyah and Paulie are on one side and Da’Vonne and Bridgette with another and then Meech hanging loose. They talk about who will be next and they all hope it’s not Natalie.

Meech says she wants to see whose dreams were crushed next. Natalie walks in with her plant and gives out hugs. Paulie is stunned and says Natalie wasn’t even a threat. Natalie is happy and says she’s happy about voting. They go to watch the video.

They see the egg challenge for HoH and see Victor wins it. Natalie says Nicole wanted Victor to win it. Then they see that James and Natalie were nominated together. Natalie says she was the main target. Bridgette asks how was she the bigger target.

Paulie is awful all over again

Bridgette calls out Paulie and then Paulie talks about the girls there being passive aggressive for treating Zakiyah badly for reuniting with Paulie. Da’Vonne makes a short joke about Paulie and tells him to shut up. She calls him an arrogant a-hole.

Day tells him he talks down to women. They get into each other’s faces. She gets closer and they are right up on each other and says nobody is afraid. Z tries to pull him away and Day snaps and gets all up on him when he calls out her daughter.

Production comes in and pulls Day away. Bridgette tells Zakiyah she deserves better than him and says Paulie disgusts her. Day calls him a bitch and then Paulie trash talks Bridgette who gives it back and then walks over with Day.

Da’Vonne goes off on Z for turning her back on her and lying down with Paulie. She is furious and Paulie doesn’t care. He’s being awful and anti-woman as well. Day might score votes for America’s Favorite Player for that performance.

The mood in the house is still tense after the Paulie vs Nicole battle and they discuss who is coming to the house next. Da’Vonne says this person will have a lot more information for them. Natalie says she hopes it’s anyone but James.

Bridgette and Meech hope it’s not Victor or James. But then Victor walks in and they gasp. Bridgette says she didn’t want that and Day tears up for him. Paulie says Victor made history and they applaud him and he says they finally got him out of the BB18 house.

He says he has no regrets. He shows them his video. They see Corey win the slip and slide comp and Victor says he had a final four deal with Paul, Corey and Nicole. He shows them that Corey nommed him and Paul together.

They are shocked when Corey says “mama didn’t raise no bitch.” Then he shows them the video of the comics and Meech says hers is funny but she looks ugly. Then they see that Nicole won the PoV comp. Day says that’s how you do it and says Nicole is playing one hell of a game.

Day says she hates it but she’ll probably vote to give her the money. Victor says he knew he was going home and Day says he played one hell of a game. Victor says he thinks Paul will work with James to take out Nicole or Corey.

Victor says he doesn’t know who Paul will target. Paulie says Nicole is winning comps and Corey has a good social game and so does James. Victor says the veto is key since that person will be the only one voting.

The final four come out for their baseball themed competition. Paul hates math and baseball. The announcer reveals an event and they pick the day the event happened. They step on numbers to move the counter up by a certain number of days. Then they press a buzzer.

The last player to answer correctly in each round gets an out – three outs and you’re done. Nicole hopes she can protect her and Corey. James is hoping to win it – or Paul – so they can make it to the end. What day did Meech leave the house is question 1. It’s day 79.

Paul is first to get it right. James is off by one day. Nicole gets it right and so does Corey. James gets an out. Question 2 is the day of the hide and seek and it was day 53. James gets another out. The next is Tiffany’s first day on the block – it was day 18.

Corey and James miss it. Nicole, Corey and Paul get it and that’s James’ third out and he’s out of the comp. Paul is annoyed that it’s all on him now. Next is the internet trolls – that was day 51. Paul is first then Corey and Nicole gets an out.

Next is dunk a hunk day which was 62. Corey overshoots. Nicole and James get it and Corey earns an out. Next is the secret Paris room on day 41. Nicole is standing there thinking. Paul gets it first. Corey gets it and Nicole gets another out. She’s got two.

Paul says he’s all out of friendship. Paul has no outs. Next is the day of the 4th care package. That was Meech’s on day 66. Corey gets it and then Paul and that sends Nicole out of the comp. That leaves Corey and Paul playing.

The next is the day Paulie baked his first pie for Zingbot. It’s 61. Corey misses it. Paul gets it and Corey gets a second out. James is dancing around excited for Paul to win this. Next is Santa’s reindeer on day 74.

They race around and Corey hits it first. That gives Paul his first out. Nicole encourages Corey. Next is BB Comics. That was 88. Paul is tired and losing steam. Corey gets it first with his long legs and Paul has his second out.

The last question is what day was the double eviction – that was 58. Corey is rushing and isn’t looking at the counter. Paul is being much more careful. Corey hits the wrong number and Paul gets it right. Corey is out and Paul wins the PoV. He grabs it up and puts it on.

Neither of them are happy and Corey is tearing up in Diary. James is thrilled and Paul tells them that the win was for Pablo. We also see a reminder about voting for America’s Favorite Houseguest for the $25k page and it will be announced on the finale. You can vote at CBS.com.

Paul has to decide whether or not to use his Power of Veto. Paul says he respects them for sticking together and says this is strategy and he’s not using his Power of Veto. Julie tells Corey and Nicole that they each get one final chance to address James before he votes.

Corey does shout outs and says friendship to Paul and Texas forever to James. Corey says he’s hitting first base and kisses Nicole. Now it’s Nicole who does her shout outs. Nicole says James will do what’s best for him and she says her best move was picking Corey as her ride or die.

She talks about how handsome he is and then says she forgot her speech. Now it’s time for James to stand and issue his vote. James says he had a great season with them. James votes to evict, not surprisingly, Corey.

Corey tells Julie he’s surprised that James evicted him and didn’t think it would happen. He says his strategy going in was to lay low and pair up with a veteran. He says James dropped the ball so he had to start winning comps.

Julie asks about Nicole and Corey says they are best friends and will be for a long time. Corey says we’ll see where it goes. Julie says in a week he’ll be back with the jury to decide who wins BB18 and sends him off.

Corey says that he expects great things from Nicole in the BB18 house. In the house, the final three hug it out. They all three lost their ride or dies so this will be them fighting all out. They now face the three part HoH competition.

Paul, James and Nicole pop a bottle of champagne and celebrate their status as final three. Paul pours glasses and they all toast. Paul chugs striaght from the bottle and they hug and salute one another.

Be sure to come back to CDL on Friday night for a special bonus episode of Big Brother 18.