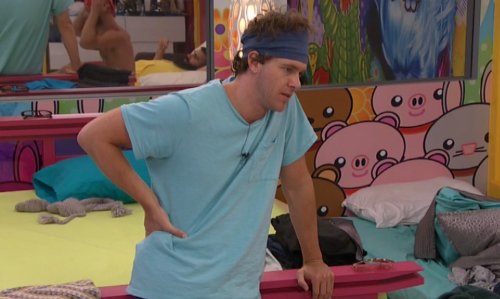 Big Brother 18 spoilers reveal that things look extremely dire for Frank Eudy going into the Week 5 eviction vote. Is there any way that Frank can save his game and, if so, what would it take to keep Frank the Tank in the BB18 house?

We saw fellow veteran James making a bold move and getting a ton of blood on his hands when he nominated Frank and Bridgette a. Live feeds showed that Michelle then won PoV which took Frank’s fate out of his hands and left it resting with Michelle.

Michelle would have pulled Frank off the chopping block but Big Brother 18 spoilers from the Live Feeds reveal the other HGs heavily pressured Michelle to leave the noms undisturbed although she did lobby to pull Frank down with no luck.

In the end, though, Michelle didn’t go against the will of the house and did NOT use the PoV – that left Frank sitting beside Bridgette. Michelle wants Bridgette evicted but there’s little chance she’ll vote against the house to save Frank – plus Frank needs five votes his way to stay in the BB18 house. 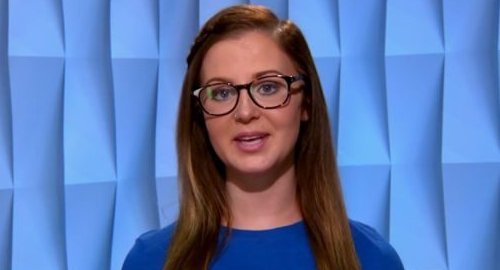 Who’s voting in the Week 5 eviction?

With nine houseguests voting, it will take five votes to evict and there’s no way to end up in a tie. The available votes are – Zakiyah, Da’Vonne, Nicole, Corey, Michelle, Paulie, Paul, Victor and Natalie. The only way to oust Bridgette instead of Frank is if Frank lobbies hard against his ally on the block with him.

Live feeds this week show that Frank has been despondent and certain that he’s going home. Rather than playing hard, he’s been giving Bridgette advice on what to do once he’s evicted, who to nominate should she win HoH, and whom she can and cannot trust.

Frank is shocked that so many people in the house have targeted him and he was blind to it all. What’s funny is the ongoing assumption among the brain trust of most of the other guys in the house – Paul, Paulie, Corey and James – that Frank and Da’Vonne have been secretly conspiring.

Paul has been busy the last two days lying about Frank to ensure he’s taken out. Paul even cornered Bridgette to tell her that Frank is trying to sacrifice her and has been spreading rumors that Frank called Michelle and Bridgette fat. Wow. Clearly everyone should know Paul is a giant liar by now. 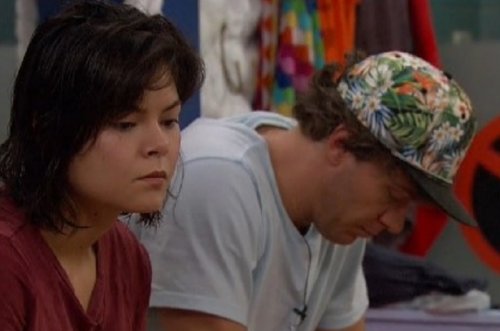 Big Brother 18 spoilers from the Live Feeds hints that Frank’s Week 5 eviction vote is a lock and it’s likely to be a 9-0 vote. However, Frank has an envelope in his hand from the secret room that the HGs found on Monday night.

The room was accessible through a tunnel off of the upstairs phone booth after dialing a specific number – read our spoilers on the race for the secret room. Inside the room were 12 envelopes – one for each BB18 HG.

That means if (when) Frank is evicted on the Week 5 LIVE eviction on Thursday night, he’ll exit the house and will open his envelope in front of Julie Chen on the Big Brother 18 stage. If Frank has the “round trip” ticket, he’ll immediately head back into the house to play more Big Brother. 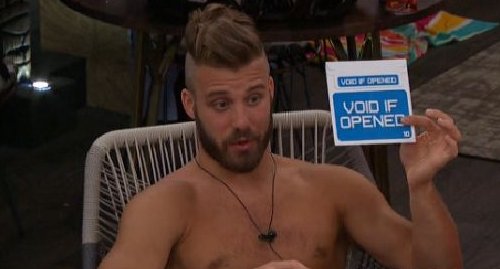 With 12 tickets, that gives Frank an 8.3% of coming back into the BB18 house so it’s feasible. But if Frank has a “one-way” ticket and is well and truly evicted for good, then the next targets for nomination are Da’Vonne and Bridgette (based on TONS of Live Feed chatter) unless one of them can win HoH and shield themselves.

What do you think BB18 fans? Do you think there’s any way that Frank can work his mojo to save his life in the game or will he be the Week 5 evicted houseguest? Share your comments below and check back with CDL often for all the Big Brother 18 spoilers you need plus LIVE recaps of every BB18 episode.