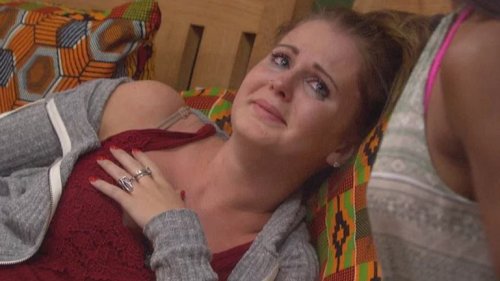 New Big Brother 18 spoilers from the Live Feeds show that Michelle may go clueless to her Week 10 eviction doom from the BB18 house. James has repeatedly assured her that she’s safe so Meech has done zero campaigning.

Interestingly, James has repeatedly told Michelle to wait it out and not go to Nicole and Corey. He’s worried that Meech will put her foot in her mouth and blow up both their games. It sure seems like James is distracted by Natalie and not really playing.

James spent a lot of Tuesday night bemoaning the state of his Natalie showmance to Meech and telling her that he’s been following Natalie around while she doesn’t give him the time of day. It’s incredible that it’s Week 10 in the BB18 house and he just noticed. 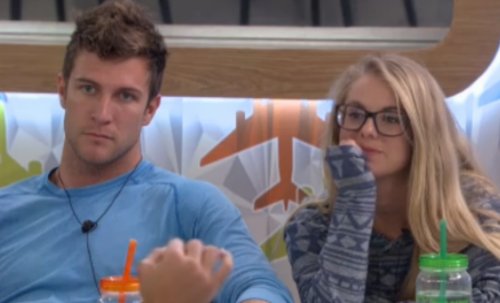 Monday night, Nicole and Corey also hit the skids when she whined about him being mad at her and was generally clingy and needy. Corey later told Victor that he will not “come out of this place in a relationship.” Whoa. Nicole sure thinks he will.

Nicole has been trailing around for most of the BB18 season like Corey’s small shadow and won’t let him out of her sight and is semi-stalkerish (as much as you can be when sequestered in a house with that many other people).

Corey seems quite certain that whatever it is that he and Nicole have been doing late at night under the covers is just passing the time. Nicole, however, seems to be planning their life outside the house and may be crushed before all is said and done. 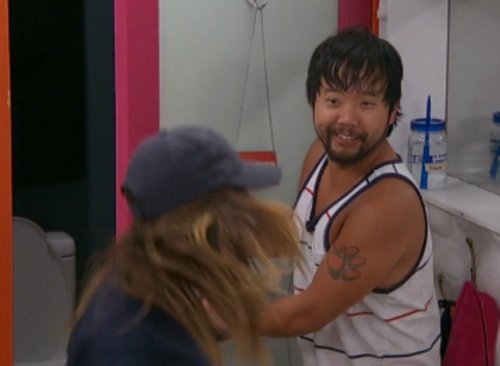 With James slowly realizing that his showmance is a “no-mance” and Nicole’s dreams of happily ever after soon to be crushed, the only relationship that seems likely to survive the season is the bromance of Victor and Paul.

We’ve still got more than 24 hours until the LIVE Week 10 eviction and, so far, Natalie, James and Meech still seem to think that Paul is heading out the door. However, there may have been a bit of a wake-up call last night.

Natalie and Michelle noticed that Corey and Victor were studying days and events for future mental comps. They wondered whether that meant Victor was just being nice and helping Corey study or if it meant something more. 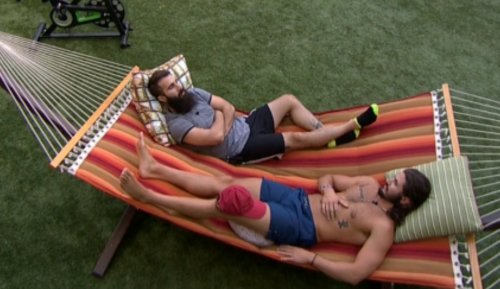 As it stands, there seems to be little doubt that Meech will be evicted and James and Natalie will be blindsided. Nicole wanted to warn them but Corey said not to say anything unless they ask and advised her not to rock the boat.

The next HoH comp should be tense. Victor and Paul will go all out, Corey is considering offering James the $5k BB Bribe to drop out but Natalie has demanded he reject it if that happens. Nicole can’t play and Corey could throw it to the bromance.

What do you think BB18 fans? Are you ready to see Meech head to the Jury House? Do you think she’ll erupt into tears (yet again) as she heads out? Share your comments below and check back with CDL often for all the latest Big Brother 18 spoilers and news.