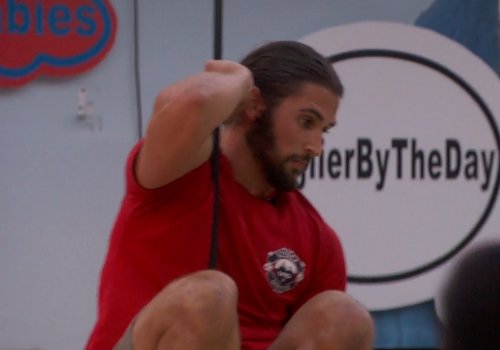 Who Won HoH Week 7 on BB18? Hot Big Brother 18 spoilers from the Live Feeds reveal that Victor won the Week 7 HoH comp. What does that mean for the other houseguests and who is headed for the block? Since Paulie put Victor on the block and got him evicted, is that who he’ll go after? Or will Victor stick with the Bro Alliance?

The HoH comp went down like this: James, Bridgette and Corey are the first three out of the Head of Household comp and that makes them the Week 7 Have Nots. Bridgette wanted to win HoH and so was likely trying, but the first two guys? Hmm. That’s another matter.

James had made it clear to Natalie that he did not want to win this HoH because he’s trying to fly under the radar. He advised Natalie to throw it too but she said she wanted to win it if she could. Paulie was considering throwing it to Bridgette, but couldn’t take the risk. 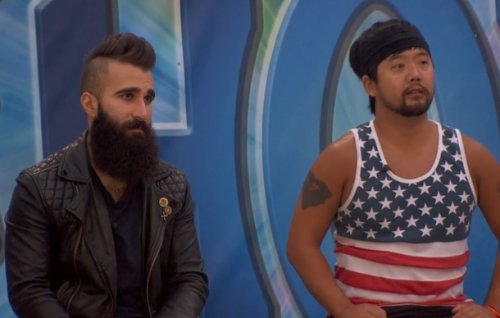 Did James and Corey throw the HoH comp?

Corey has also been playing a smart, low-key game with mad social alliances so he may have thrown it too. Fourth to fall was Michelle who apparently has a motion sickness issue because she started throwing up while still spinning on her disc.

Michelle fell and got a bucket then continued to toss cookies. Michelle then cried, threw up, and moaned about cleaning up barf. Wondering if anyone called Bridgette “America’s sweetheart” because Michelle said on the Live Feeds that if she heard that, she will throw up in her mouth.

Michelle also said she’d self-evict, but is that coming? Nah. Once Michelle recovered from the puking, she started cheering for Zakiyah and set herself far apart from other fallen HGs. She cheered on Zakiyah then taunted the other houseguests. 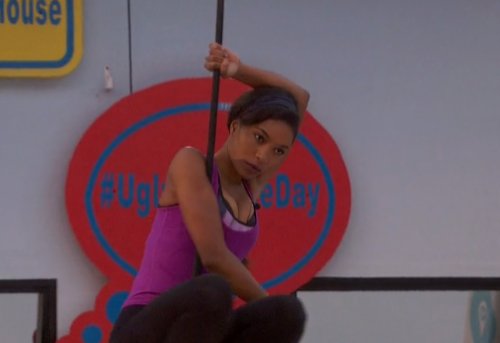 Michelle barfs and cries then barfs some more

That seems like game play suicide but, then again, Michelle said she wants out of the house and seems done. Nicole fell off and almost landed in Michelle’s barf. Zakiyah fell although she had been looking solid. Paulie falls next but made sure he hung on til Z fell.

The final two in the comp are Natalie and Victor and they debate why each should let the other win. Natalie says she wants a letter from her mom and Victor says he does too. Paul heckled and says it’s a battle of who loves their mom more.

As each HG fell, the “internet trolls” came over to whack them gently with their #usuck paddles. Natalie revealed that she had to pee and just peed herself because she loves her mom so much. That means there’s likely now urine and vomit on the mat – usually it’s blood, sweat and tears. 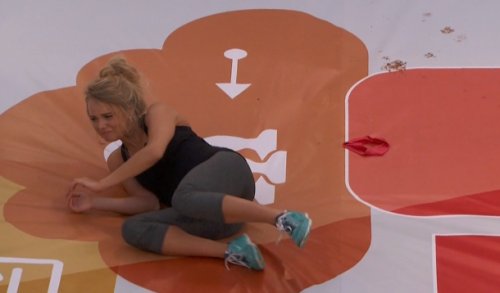 Victor vs Natalie for the win

No doubt Victor is hanging on for dear life since Da’Vonne whispered to him on her way out that the house is targeting him for the Double Eviction. Natalie is hanging tight because she suspects there’s a guy alliance and wants to put two guys on the chopping block.

The discs spin on… James brings up the Double Eviction he thinks is coming and, no doubt, that will inspire Victor to keep riding this out. Michelle and Zakiyah sit alone on the back row looking annoyed and worried.

Talk turns to deals with Victor and Natalie debating who should win. Natalie says she has to win one comp but he won’t give up. Victor promises her he won’t nominate her and she promises the same but neither gives up and they spin on but Natalie is moaning and in pain. 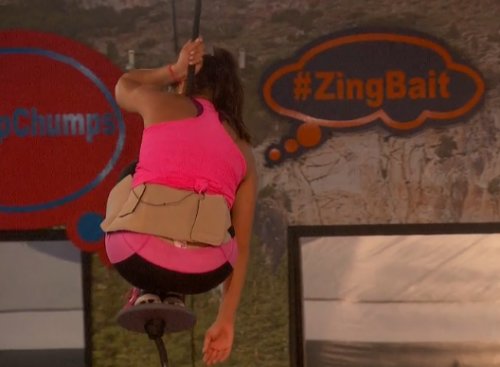 Natalie tells him that she’s homesick and really needs the letter. She also tells him good job and then says she’s in a lot of pain. Victor again says they won’t put each other up and both want a letter from their moms. Natalie tells the others Victor is solid and she can’t hang in.

Natalie goes back to begging him to give it up and he counters by reminding her that he was already evicted once and spent two weeks alone outside the house. Natalie asked Victor for a pledge that he won’t put her up and he makes the sign of the cross so she said she trusts him.

Then Natalie says she’s going to try and stay on a little longer. Several times she says she just can’t anymore but keeps hanging on. However, after she clearly can’t go on anymore, she asks one last time for Victor to not nominate her. He says he won’t and then she falls. 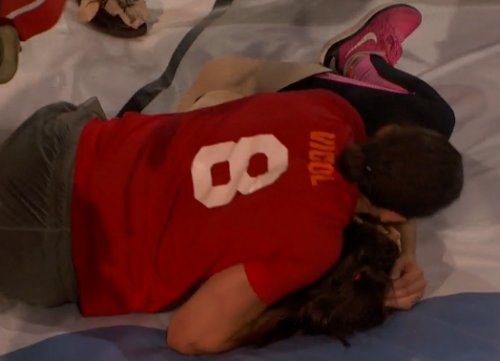 Victor wins Week 7 HoH, but was that a smart move?

Does Victor know he might have put his game at risk? If it is a Double Eviction week, Victor could be the victim of the DE when he can’t play in the second HoH comp. Victor doesn’t seem too savvy about some aspects of BB18 game play and may not understand the finer points of Double Eviction.

Clearly, Natalie is worried about the chopping block and Victor has been pretty tight lately with Bridgette. It’s likely he’ll go after Michelle and Zakiyah if he does what Paulie wants.

Will Victor stick to his promise not to nominate Natalie? Remember two things. First, James made a promise like that to Frank and Bridgette, then betrayed them. Plus, when Victor was evicted, Natalie was harsh in the goodbye video and said he needs to learn to respect women.

Victor said that humiliated him on national TV so will he go after Natalie for that very public dig at him that likely related to him putting the kibosh on a possible showmance with her before the Live Feeds kicked off? We’ll see…