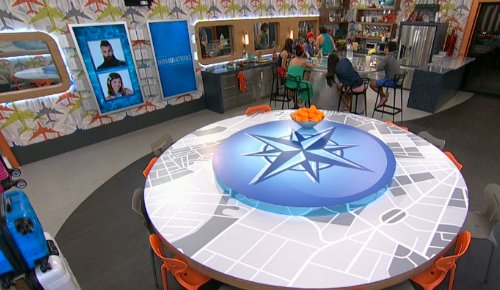 Big Brother 18 spoilers reveal that the Week 2 nominations are done and, as expected, Paulie went after two of the people who tried to evict him from the house – Bronte and Paul. Paulie is targeting those who voted against him in the veto competition.

The pic above shows an image from the Live Feeds and we can already see the two noms on the chopping block. However, according to chatter also from the feeds, Bronte and Paul may not be the intended eviction that Paulie is after. 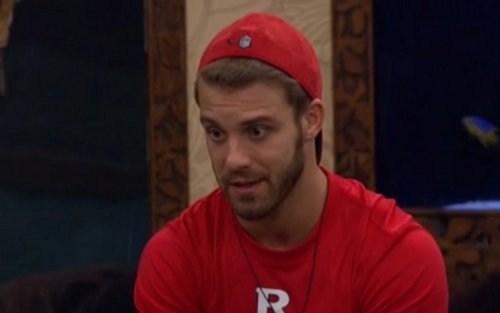 Big Brother 18 spoilers reveal that Paulie is after Victor, but leaving him off the chopping block for now is part of a blindside plot. There’s still the Roadkill comp to come, hopefully later tonight ,tand if one of the 8-Pack wins it (or Paulie himself), then Victor could be added to the block.

If either Victor, Paul, Natalie, or Bronte (the four that voted to evict Paulie) win Roadkill, no doubt a veteran will go up on the block, but it can’t be Frank since he’s immune from nomination thanks to the #Category4 HoH team win. 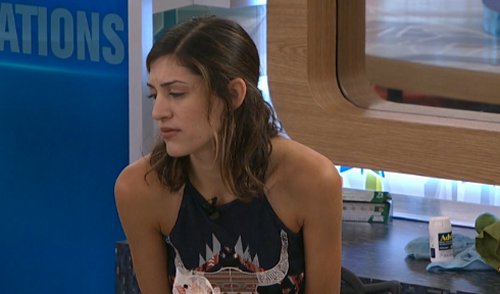 But James, Da’Vonne and Nicole could all be eligible to sit on the chopping block. Da’Vonne, however seems to be tight with the newbies, even though she’s playing them, so she doesn’t seem a likely Roadkill victim.

James and Nicole, though, are another matter. Paul and Victor discussed that James is a threat because he’s a good player with a great social game. When it comes to Nicole, the two have just decided they don’t like her – that was fueled by Jozea who’s now evicted. 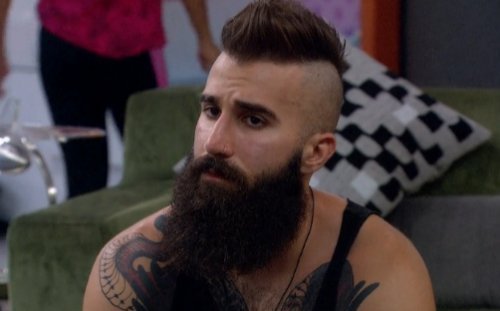 Victor and Bronte have already discussed that they expected to be nominated so when Victor was not nommed, we have to wonder if he knew that something was up and should be looking over his shoulder for a blindside.

Clearly, now that the houseguests know all about how powerful the Roadkill comp is, they will be playing even harder this week than they were last week. Wonder what the Roadkill RV will bring with it when it rolls into the BB18 backyard later today. 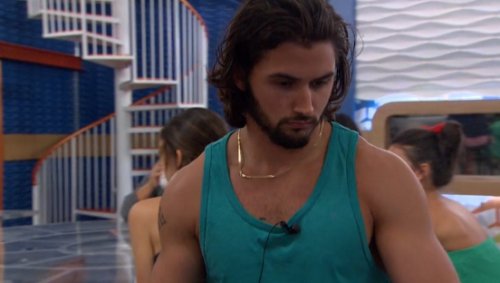 Big Brother 18 spoilers reveal that at some point tonight, we will hopefully know the Roadkill Week 2 comp winner and perhaps their nominee too. Lots happening in BB18 – don’t miss a moment!

So be sure to check back with CDL often for the latest Big Brother 18 spoilers on all the action including nominations, PoV, HoH, and LIVE evictions.