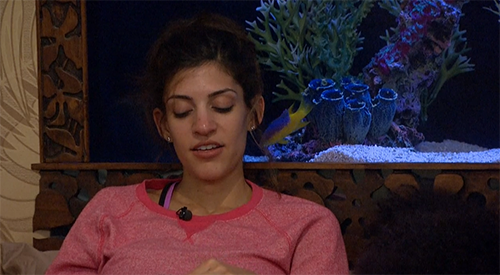 Big Brother 18 spoilers, according to the CBS Live Feeds, revealed that Paulie won the coveted Power of Veto. As expected, he chose to employ the power to shake up his original nominations. Paulie removed Paul and named Victor the replacement nominee.

Right now, the ultimate plan is to backdoor Victor and, unless Vic can work some super magic to convince the Eight Pack Alliance (8PA) and others that he should stay, then he’s most likely headed out the door come Sunday night.

As BB18 spoilers revealed, the 8PA was on board with Paulie’s plan of attack. Therefore, it’s pretty much a sure thing that Victor, who’s seen as a threat, will be leaving before we transition into BB18 Week 3 gameplay.

Victor experienced some bad luck earlier and was not chosen to participate in the PoV competition, so his fate was pretty much sealed from that point forward. If he had participated in the comp, there’s a good chance he might have won, in which case Paulie’s plan would’ve been all for nought.

What do you make of Victor possibly leaving the Big Brother House so soon? Did you expect him to go all the way or did you, upon first meeting him, expect him to have a relatively short run in the house?

Leave your thoughts in the comments section below, as we’d love to hear from you. Keep checking CDL for all your Big Brother spoilers, news, and updates.