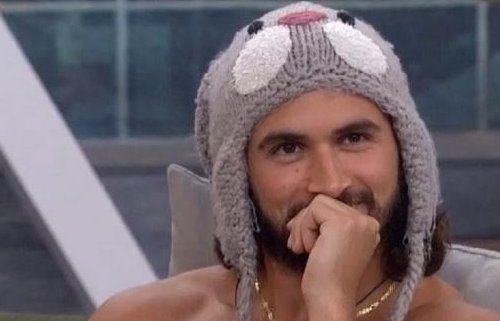 New Big Brother 18 spoilers reveal that the Week 8 Veto Meeting has happened and Victor refused to use his PoV. That leave Corey and a seemingly manic Paulie on the BB18 Chopping Block going into the week 8 eviction vote. It looks like Paulie is a lost cause unless something major shakes up the house.

Since Victor won the PoV on Saturday, Paulie has engaged in all sorts of extreme antics. He has tried to get Victor to pull Corey off the block and renom James, he’s thrown out all sorts of crazy, has been bawling, and told everyone his aunt has cancer and that’s why he needs to stay. 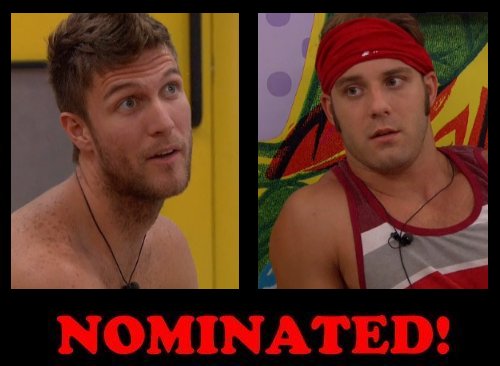 Paulie told everyone that he lied to CBS about psychological problems to get on the show and then said that was a lie too. It’s not clear what’s the truth at this point. The PoV comp was Zingbot for President and had a Dirty Santa element where the HGs could swap prizes.

Corey came out of the comp really mad at Paulie who took the PoV from him even though he knew that others would take the PoV from Paulie. This shortchanged Corey and left him in an Uncle Sam unitard for the week with a bald eagle puppet on his hand 24/7. 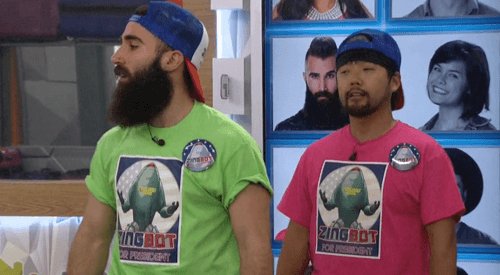 In the end, James walked away with a $5k prize and Nicole a $5k vacation package (she’s already planning to haul showmance Corey off to Hawaii with her) but left Victor empty-handed of cash and prizes because of the dirty way Paulie conducted himself in the comp.

There’s been lots of BB18 talk about Paulie’s erratic, mean, and obsessive behavior since he was blindsided with a nom to the Chopping Block from HoH Victor. Paulie raged against other HGs, has been bawling, making promises, and running around with lies all over the house. 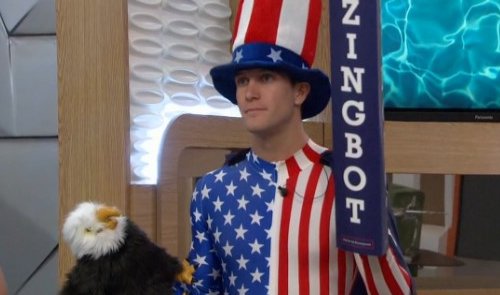 Also handed a punishment at the Zingbot veto comp was Paul who has to dress like one of the Men in Black complete with sunglasses and an ear piece. Day and night, when a security alert sounds, he has to frisk people and run all over the house to designated checkpoints.

He even had to pull a dripping wet James out of the shower to frisk him – it was hilarious. As the third loser of the comp, Paulie was also assigned a punishment of baking pies when a cue plays. He refused to participate and ignored summons to the Diary Room to get his unitard. 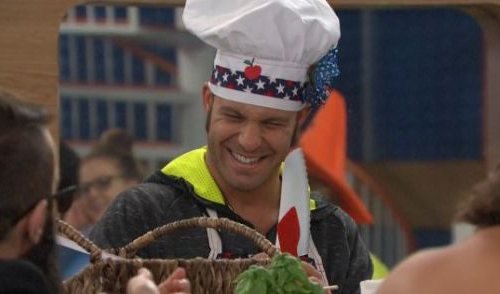 From the Live Feeds, you can tell he was apparently fighting with BB18 production and finally came out with just an apron and chef’s hat – looks like he might have whined and cried his way out of a full costume and has been occasionally meeting the demands of the punishment.

It’s very likely that Paulie will be evicted Thursday night and on a unanimous vote as well. But Paulie has threatened to skip the Jury House and go home instead citing complaints of claustrophobia and his aunt with cancer. 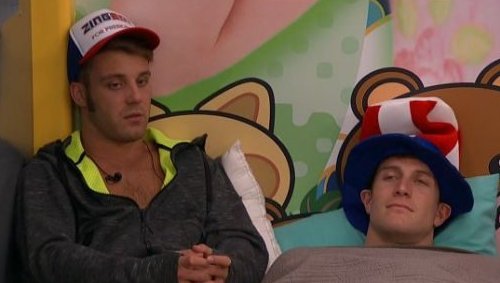 The bottom line is that everyone in the house is sick and tired of Paulie and all his antics are doing is ensuring the nails in his coffin are tightly fastened. No doubt there will be a collective sigh of relief after the eviction vote on Thursday, but everyone is also worried he’s got the Round Trip ticket.

If that’s the case, all hell may break loose in the house because they don’t want him back. There has been some talk on social media worried that BB18 production has somehow rigged the tickets to ensure Paulie has the round trip – let’s hope not.

What do you think BB18 fans? Have you been watching Paulie’s extreme antics on the Live Feeds? Are you ready to see him booted from the Big Brother house?

Share your comments below and come back to CDL often for all the latest Big Brother 18 spoilers and news.