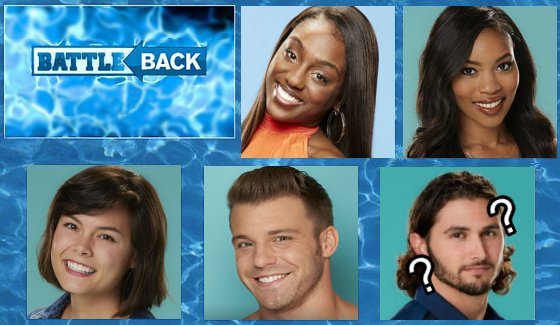 New Big Brother 18 spoilers for the Week 9 LIVE eviction indicate that Victor is 99% certain to be evicted from the BB18 house but will have the chance to return immediately as part of a combined HoH and Juror Battle Back comp that CBS spoilers have teased will be an endurance event.

Last night in the BB18 house, Victor and Paul launched a plan they hoped would put the target on Corey for eviction, but James and Nicole didn’t fall for it and as two out of the three votes, they will control tonight’s LIVE eviction vote. That means Victor will be evicted short of a miracle. 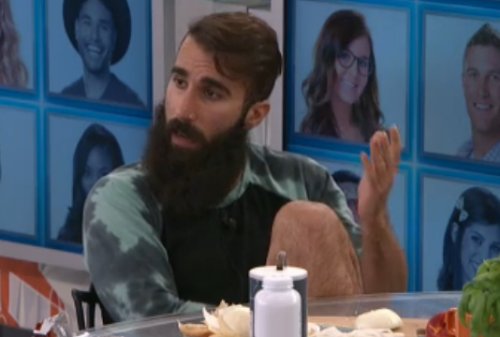 However, we should also see Julie Chen announce the next big BB18 twist as soon as Victor is evicted that there is a juror buyback that will play into the Week 10 Head of Household competition. The BB18 houseguests have commented on Live Feeds about construction noise.

The last time they had a big endurance comp like this there was also lots of construction noise and a long-lasting lock down which the BB18 houseguests are still under. Many longtime Big Brother watchers have chatted on social media that they’re expecting a “wall challenge” for the endurance comp. 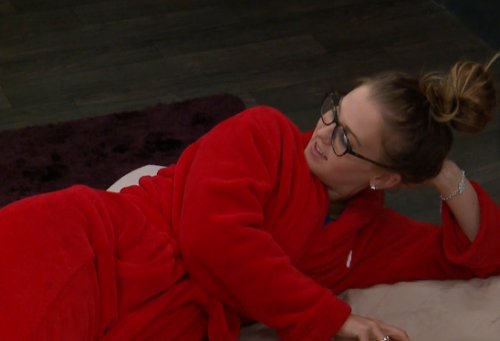 The big question is will the five jurors plus four eligible houseguests all play at once? Or will it be a quick juror buyback comp like a quiz or ball toss and then that returning juror will hop into the endurance HoH with the others?

We’ll likely know as soon as the episode starts. If they skip the small talk and move straight towards a LIVE eviction before the 30-minute mark, we’ll likely be looking at two separate comps. But what would be far more interesting is if all nine play (jurors plus houseguests minus Natalie and Michelle). 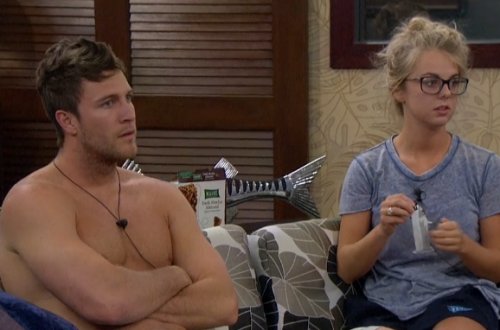 The sight of the jurors there might throw off the game of the remaining four houseguests playing in the comp and get them to amp up their game – or it might really foul things up. Of course, Natalie and Michelle will be sidelined and watching nervously.

Victor could win it all and walk back in the door once again as the Week 10 HoH. That would really shake up the house since Victor and Paul would go hard to break up the showmances. Victor and Paul are playing nice now, but they are both irritated with the other HGs. 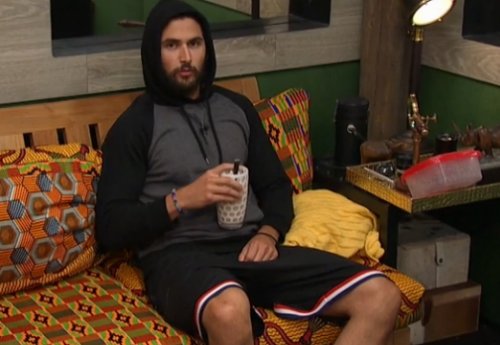 And if Paulie is the returning juror, there’s no telling what will happen since he’s a loose cannon who was mad at everyone when he was evicted. It seems less likely that it will be one of the three female jurors based on the fact that it’s an endurance comp.

Tonight, there are only three houseguests voting – Paul, James and Nicole. James and Nicole are a lock to vote to evict Victor – the only question is whether Paul will throw his bro Victor a sympathy vote for “friendship.” Victor should go on a 2-1 or 3-0 vote. 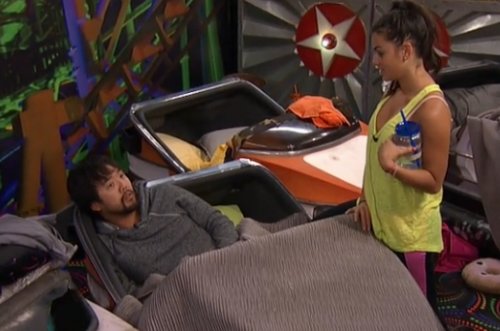 If you can’t wait until the Sunday night show to see who wins the second juror Battle Back and the Week 10 HoH, you can watch on the Live Feeds. CBS has promised this lengthy comp will play out in full on the Live Feeds subscription service.

For those that have never seen the feeds, you can check out CBS.com and sign up for a free trial and watch the comp. Also, be sure to check back with CDL often for all the latest Big Brother 18 spoilers including a recap of tonight’s LIVE eviction to find out if Corey or Victor is evicted in Week 9.