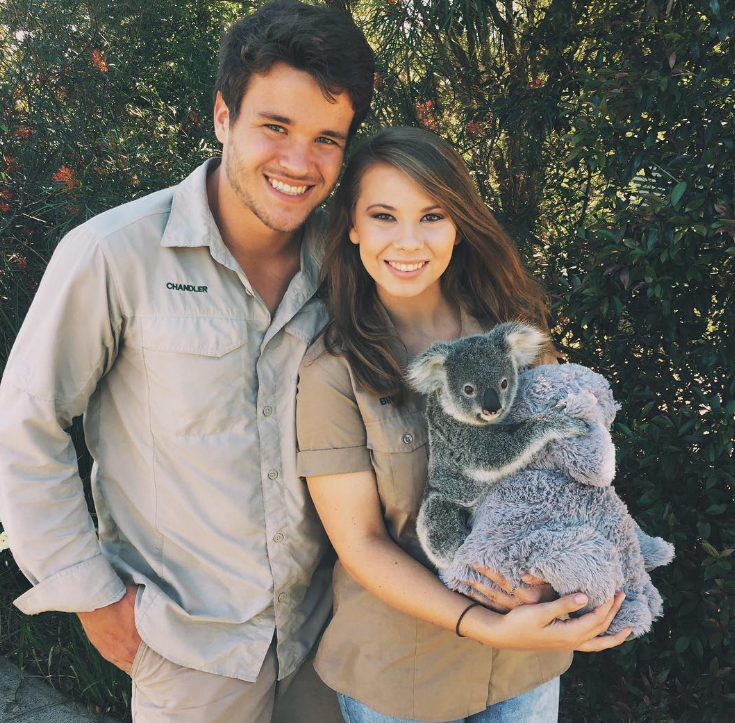 We previously reported that Steve Irwin’s 18-year-old daughter Bindi Irwin was preparing to walk down the aisle with her boyfriend Chandler Powell. New reports are proving that we were right to think so because the daughter of the late and great animal lover is about to shack up with her boyfriend. After two years of dating, Bindi and Chandler are ready for her to move out of the Australia Zoo complex but will be staying close to home.

According to Women’s Day Magazine Bindi Irwin and Chandler Powell were spotted purchasing houseware supplies and furniture items during a recent trip to Brisbane. Although Bindi’s mother Terri Irwin was worried about her daughter becoming a teen mom due to rumors that Bindi and Chandler have repeatedly hinted at becoming young parents, Terri seems to have given her blessing to the couples move because of Chandler’s recent efforts to fit in with the family.

The twenty-year-old US wake boarder even took a month long trip with Robert Irwin, Terri and Bindi to learn about Australia Zoo life. Chandler Powell also posted a cryptic messages hinting at the move which read “Twenty years old will definitely be the most difficult age for me to get used to thus far.” 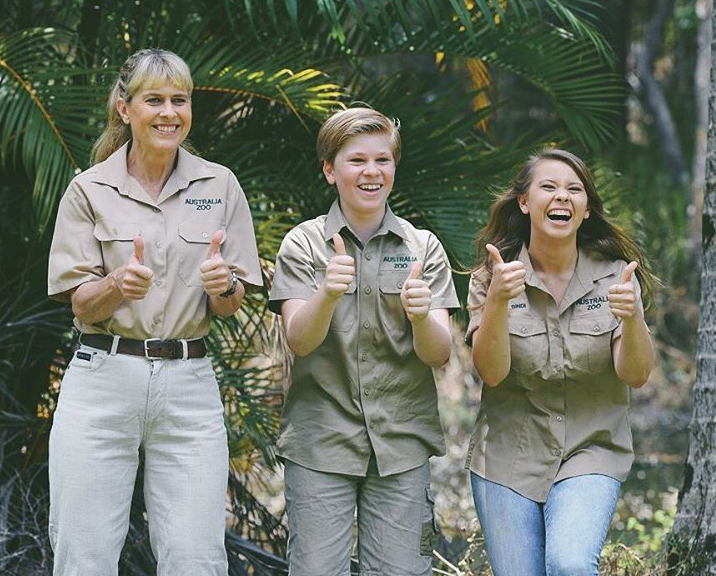 In the meantime, Bindi Irwin’s 13-year-old brother Robert Irwin is gearing up to become the face of the Irwin family. The young teen apparently revamped his social media pages, changed his haircut and has made many public appearances such as visiting radio stations and being the main focus of the Steve Irwin Gala Dinner last month.

Sources are saying that Robert is working very hard and very fast to become the next Steve Irwin—or bigger. Insiders say that they are worried that the boy is pushing himself too hard by working harder than most adults and won’t have time to enjoy being a kid.

If you’re like anyone else in the world you’re probably question what is Roberts’ mother stance on this, sources say that she’s orchestrating the entire thing! It sounds like Terri Irwin is becoming Australia’s Kris Jenner by being a momager to her young child.

Do you think that Bindi Irwin is too young to be married? Do you think that Terri Irwin should allow Robert Irwin to try and be like his father Steve Irwin so young and so soon after his death? Let us know your opinion in the comments.

Sometimes I think it would be nice to press ‘pause’ on time and live in these moments just a little longer. #ThanksgivingMemories

Still can’t believe that you’re 13 years old today. Thank you for making me laugh every day. I’ll always be here for you. Love you @robertirwinphotography