Blake Shelton and Gwen Stefani to go on Tour Together? 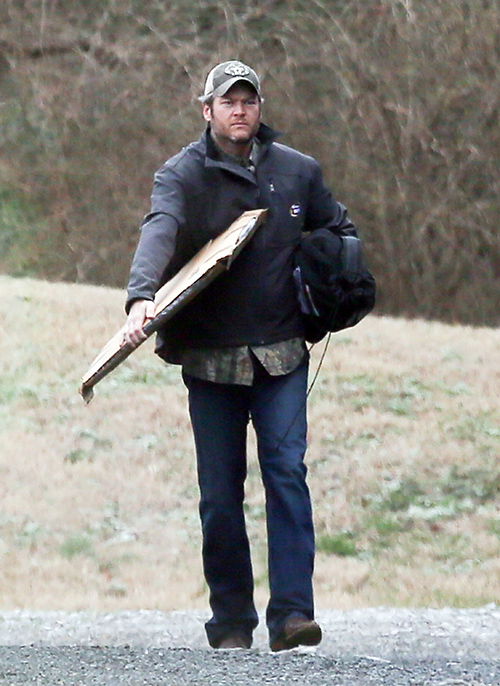 Blake Shelton is asking his girlfriend, Gwen Stefani, to go on tour with him, according to a new report. The Voice stars’ relationship is really taking off and a tour together will be a very broad statement. Blake Shelton will be going on tour next month and, according to Hollywood Life, he has every intention of bringing Gwen Stefani along with him for the tour.

The source revealed, “When Blake goes on tour next month he wants Gwen to come with him. He’s even asked her if she wants to get up on stage and sing a duet with him. He’s all about having Gwen with him as much as possible and she loves it. It makes her feel pretty great to be so wanted, especially after being with Gavin who always needed so much space, Blake is the polar opposite.”

And it looks like the feeling of being inseparable is mutual between Gwen Stefani and Blake Shelton.

The source added, “Gwen’s on a mission to make Blake fall in love with LA. They have this running joke where she’s always trying to prove to him it’s better than Oklahoma. Now, Gwen is trying to convince him to make LA home. She’s been taking him out of the city a lot and showing him a different side of the city.”

But is Blake really all for LA – and do you think he’d move there just to satisfy his new girlfriend’s wishes? The source explains, “LA is where she wants to be, so she’s determined to make Blake love it there as much as she does. As much as it’s a joke it’s also extremely important — it’s the kind of thing that could be a deal breaker if they stay together long term, the way they’re hoping to.”

That would make sense. I could see them having a house in Los Angeles as well as Oklahoma, Nashville, anywhere they need to go so that they always have a “home” to go and can avoid the hotel life while they are taking care of business in the major cities.

Blake Shelton will be kicking off his tour in Cincinnati, Ohio on February 18 and wrapping it up in Iowa City, Iowa on August 27. So yeah. That is a long stretch of touring and the in love couple being apart.

Do you guys think that Gwen will take a leap and hit the road with Blake? Or perhaps she will make some surprise appearances in random cities along the way to keep the relationship alive but not fully commit to the full on tour?

Drop your opinion in the comments below!