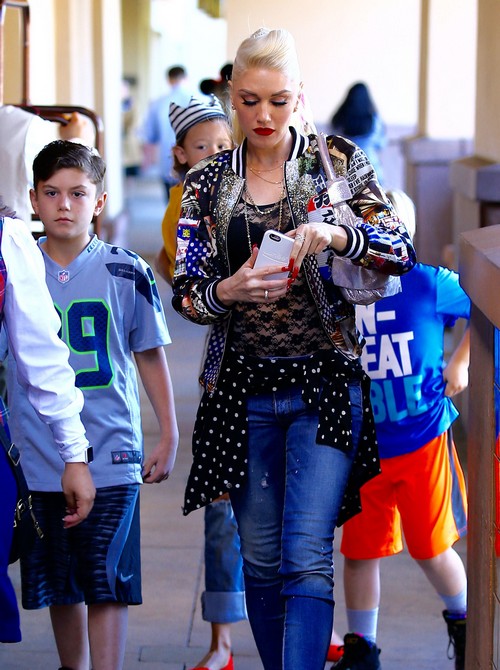 Is Blake Shelton thrilled that Gwen Stefani was not given a chair on The Voice next season? The Voice Season 11 coaches’ chairs will be shaken up, it was announced by NBC that Christina Aguilera and Pharrell Williams are both out – and they will be replaced by Alicia Keys and Miley Cyrus. The Voice vets Adam Levine and Blake Shelton will be returning.

Rumors have been floating around for a few weeks that there would be some changes to the coaching panel – and fans were certain that Gwen Stefani would be getting her chair back, and coaching along side her boyfriend Blake. But, that is not the case.

The Voice fans were thrilled by the new additions to the line-up, Miley Cyrus and Alicia Keys. But, no one was more thrilled than Blake Shelton. Rumor has it that Blake has had enough of sharing The Voice with his girlfriend Gwen – and their lovefests on air have gone a bit too far for the country music singer.

Blake Shelton has a lot of pull on The Voice. If he really wanted Gwen Stefani to have a chair – she would have. And, you have to admit that it seems a bit odd that not one…but TWO available coaching positions opened up and Gwen Stefani didn’t receive either one of them.

The bottom line is, if Blake really wanted Gwen to be a coach on The Voice again – then she would have. We’re not saying that Blake secretly sidelined his girlfriend (although he may have), but he definitely didn’t go to bat for her either.

Who could really blame Blake Shelton though? He and Gwen have been together 24/7 since they began dating – and she recently accompanied him to his hometown in Oklahoma, and brought along her entire family.

It looks like the country music singer might be feeling a bit smothered, and wants at least one part of his life to be a Gwen-Free zone. Could this spell trouble on the horizon for the couple? Let us know what you think in the comments below and come to CDL for all The Voice news and recaps!