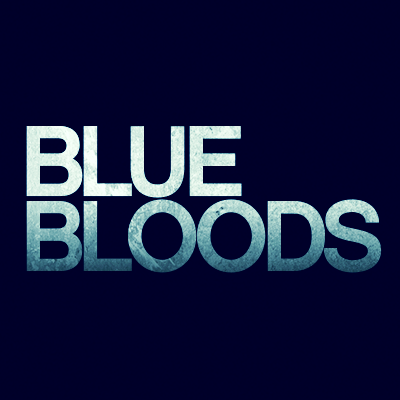 Tonight on CBS their hit drama starring Tom Selleck Blue Bloods airs with an all-new Friday, October 7, 2016, episode and we have your Blue Bloods recap below.  On tonight’s Blue Blood Season 7 episode 3, a woman who was held hostage resists pressing charges, but Danny (Donnie Wahlberg) and Baez (Marisa Ramirez) want justice for her.

Did you watch last week’s Blue Blood episode 2 where Danny (Donnie Wahlberg) and Baez (Marisa Ramirez) investigate the death of an elderly woman who was shot in her home by a stray bullet?  If you missed it we have a full and detailed Blue Blood recap, right here!

On tonight’s Blue Bloods season 7 episode 2 as per the CBS synopsis, “Danny and Baez are determined to get justice for a traumatized young woman who was held hostage, despite her resistance to press charges. Also, Frank deals with a PR nightmare when a prominent NYPD fundraiser is spotted cutting through Manhattan traffic in a fake police vehicle, and Jamie is offered a job as a technical advisor on a television show after working with the TV and Film unit.”

Danny was usually on the victim’s side and probably one of their strongest supporters however on tonight’s episode of “Blue Bloods” he had been ok when a victim didn’t want to press charges and had in fact thought it was ok. Danny thought it was ok that Emily Harrison didn’t want to file charges against her boyfriend after he tied her up and kept her prisoner in her own apartment for more than twelve hours. So Baez hadn’t known what was suddenly up with her partner because she still wanted to pursue assault charges against Brandon Mitchell while he didn’t. But Baez hadn’t wanted to just let things go so she had gone behind Danny’s back to enlist Erin’s help.

Baez thought a female ADA would press the case when a man wouldn’t so she called up Erin. Erin on the other hand hadn’t known that Baez had called her behind Danny’s back or that Danny would have a problem with it. So Erin had been a little put off by that as well and she too had wanted to know what up with Danny though she didn’t let Danny’s feelings stop her because Erin later did as Baez asked and she had looked into Emily’s file. However, Erin had thought they had enough to go to court and she had wanted to put a man like Brandon by bars. And so Erin was eventually disappointed when a judge threw out her case because a lack of evidence.

The judge felt that they should have the victim’s testimony. Especially as it would be practically a she said/ he said seeing as Brandon was claiming that Emily liked kinky sex based on the fact she had let him use handcuffs a couple of times. Yet, that’s was why Emily didn’t want to press charges to begin with. Emily didn’t want anyone judging her on what she allowed Brandon to do before she said no and she also didn’t want to go through a trial knowing that Brandon was going to get off anyways. Brandon didn’t have a job, but his father was a billionaire that had been paying off Brandon’s legal fees for years now.

Brandon had had at least three other complaints against him and all of them had been cases of violence women. Though all the charges were dropped over time because Brandon had all the money in the world to throw at lawyers who have made his victims out to be sluts that were allegedly asking for it. So all that did was serve Brandon’s sociopathic complex seeing as he thought he could get away with any and everything. Meanwhile his victims had dropped the charges because they didn’t want to get harassed and thought they would be better off by walking away rather than fight the charges.

But Erin eventually called her brother out on his new behavior after Sunday dinner. The dinner had been like usual and they were all laughing about their latest exploits however Nicki had wanted to know if her grandfather Frank had let Sy Goodman off easy on a serious charge. Sy Goodman was one of the NYPD’s largest fundraiser and he had gotten caught cutting through Manhattan traffic in a fake police vehicle. And worse he had had a gun out in the open without the right permit to carry it out of his house. So Sy who should have man up and face whatever charges came his way had instead pulled the commissioner card.

Sy had claimed to be a great friend of the commissioner and he had wanted Frank to overlook what he had done. However, Sy’s traffic stop had been photographed and it was over the news. There were people that saying powerful like Sy could do whatever they wanted and they were also accusing Frank of playing favorites. So Frank hated that he had to downplay Sy’s charges because he didn’t want to make his office out as if it was corrupt yet his father had warned him about the thin line at Sunday dinner. Henry had said that the commissioner often had to find a way to court the fundraisers without losing the respect of the commissioner’s office.

So if that meant Nicki was bound to be upset then so be it. Her uncles and even her great-grandfather said that men like Sy Goodman did a lot of good by raising money for police officers. They helped cover hospital costs if the insurance didn’t cover everything and those men also helped send a lot of officer’s kids to school. Though Nicki was hung up on this idea that no one should be free from the law and unfortunately it was an idea that she shared with her grandfather. Frank also hated letting men like Sy off with a warning because he knew that men like Sy thought their money could buy them out of everything.

Frank, though, did like his own father had suggested. He walked a fine line and later he made sure that Sy handed over his gun permit. However, Erin and Danny’s conversation had finally shined a light on what was really wrong with Danny. Danny as it turns no longer believed in the court system because the Attorney General had tried to throw him in jail for killing a serial killer. So Now Danny thought the whole system was rigged and it took his sister badgering to get him to admit to that, but Erin hadn’t let such an idea stand. Erin had felt about Danny and she had told him so though she also said that Emily had deserved her chances in court.

Erin believed that only Emily could have made the jury see what could of man Brandon was. So giving up in her opinion did no good for anyone. It just allowed Brandon to continue being the same man that he always was. Yet, some of what Erin said did filter in for Danny because Danny later reached out to Emily and apologized to her. He said that some of his reluctance about this case might have affected her decision and that he was sorry if it did because he had wanted to put Brandon behind bars however Emily said it was too late to change her mind. The case had been thrown out and so it was going to take a lot more to put Brandon away.

But Danny had an idea about that. Danny talked to both his partner and his sister and they thought they could lure Brandon into a trap. They apparently had Emily dress up and go to the bar that Brandon likes because it was going to be Emily’s job to convince Brandon that she hadn’t been upset and that they could back to her apartment like nothing was wrong. So the plan had been to capture Brandon on tape admitting to what he did to Emily yet unfortunately Brandon had caught on to what they were doing and practically dared them to try better next time.

So Danny was unable to arrest Brandon, but he was allowed to harass and that’s what he did to great enjoyment. However, Danny wasn’t the only one that suddenly found himself with a new job. He was out harassing Brandon and making sure that Brandon didn’t take anyone home while Jamie and his partner were temporarily assigned to the TV and Film unit. Jamie and Jenko had actually thought it was pretty funny that they got to watch the film crew shoot a cop show and get all of the detail wrong. So it wasn’t that surprising when the show’s police consultant was later fired though he hadn’t suspected that Jamie would then be offered a job as the new consultant.

Only Jamie had seen what the job entailed and he had turned it down because he said that it would be safer if he stayed a cop.