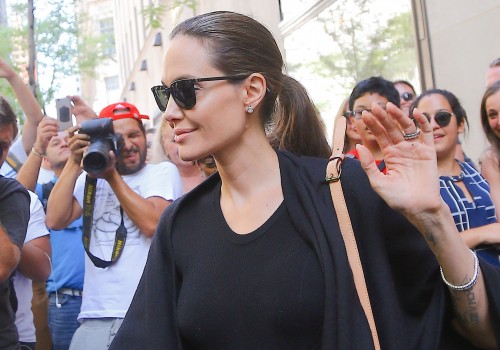 Brad Pitt’s latest movie has some critics already talking about a possible Oscar nomination next year. And what’s more, it looks like the Hollywood actor’s co-star Marion Cotillard might be in the running as well as she and Brad Pitt are co-starring in a new World War II-period film called “Allied,” which might leave Angelina Jolie not only jealous, but shut out of any Oscar or award considerations in the coming months.

Both Brad Pitt and Marion Cottilard were photographed on several occasions together. And while many tabloid sites speculated on a possible drama, the two friends and co-stars were actually working together and filming scenes for ‘Allied.’ And now that the official teaser trailer is available for the war period film, many critics are already considering it an early runner for next year’s awards season.

Of course, if Brad Pitt and Marion Cotillard not only receive praise but recognition for their work in ‘Allied,’ there’s a good chance that it might leave Angelina Jolie completely envious if not regretful that she hasn’t had a well-received film in years.  Angelina Jolie’s last few movies, which include ‘By The Sea,’ ‘Maleficent’ and ‘The Tourist,’ were both panned and highly mocked by critics for its lackluster performances.

Angelina Jolie wants to be regarded as a successful A-list actress and director in the entertainment industry, but unfortunately she hasn’t had a hit since her 2005 film, ‘Mr. & Mrs. Smith,’ which of course led to the beginning of her Brad Pitt romance and his Jennifer Aniston divorce.

With Brad Pitt and Marion Cotillard’s media and promotional blitz for their film ‘Allied’ scheduled for the next few months, there’s no doubt that Angelina Jolie will feel like she’s once again being left in the shadows by her more successful husband. Tell us CDL readers, what do you think? Is Angelina Jolie jealous of Brad Pitt and Marion Cottilard and the potential success of ‘Allied?’ Does Brad Pitt have a chance of winning his very first Oscar next year? Let us know what you think in the comments section below.