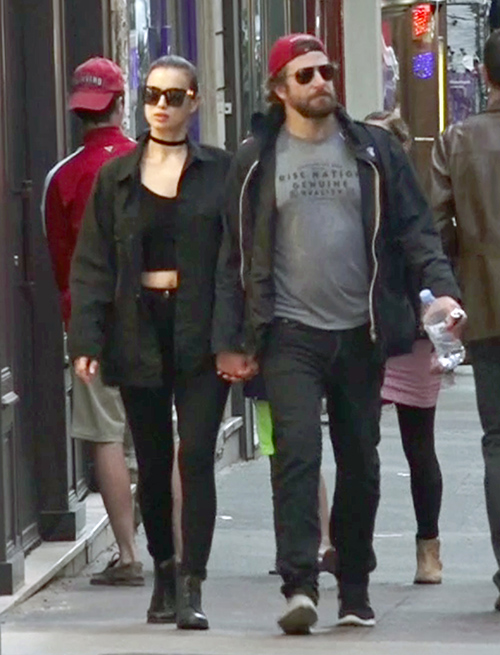 It looks like supermodel Irina Shayk’s relationship with Hollywood actor Bradley Cooper might be nearing its end. The rather camera shy couple was spotted having quite the public tiff during the Wimbledon finals in London this past weekend. And while almost every couple has had their fair share of public spats, eyewitnesses can’t help but wonder if their latest fight is the one that will ultimately break the camel’s back.

Bradley Cooper and Irina Shayk have had quite the turbulent relationship so far, with them even breaking up and getting back together again since they were first photographed together two years ago. Irina knows that her days in the modeling world spotlight are being numbered, all while Bradley continues to be one of the most-sought actors in the entertainment world right now.

Clearly, she wants to lock this relationship down before it’s too late, but looking at Bradley’s actions, or even his body language for that matter, it doesn’t look like he’s willing to give Irina what she wants.

Eyewitnesses say that the couple’s public fight right before Andy Murray’s win on Sunday was so bad that the Russian beauty was even in tears at one point. Either she was concerned that Bradley’s ex-girlfriend Suki Waterhouse was in the stands or she was thinking about her ex-boyfriend Cristiano Ronaldo, who was critically injured during the Euro2016’s final match between Portgual and France. Whatever the case, Irina looked like she wanted to be anywhere but by her boyfriend’s side.

To make matters worse, their argument was caught on camera, leaving the actor completely humiliated with the whole world watching. The only thing he could do far her was smile at her for several seconds before he resumed watching Andy Murray ultimately beat Milos Raonic for the coveted title as Wimbledon’s best.

One thing’s for certain though: it doesn’t look like Bradley Cooper and Irina Shayk will be walking down the aisle anytime soon. Fans can’t help but wonder how long it will take them to finally pull the plug on this doomed relationship. And this time, for good.