Caitlyn Jenner Wants To Be A Mom: Searching For Surrogate To Carry Her Baby 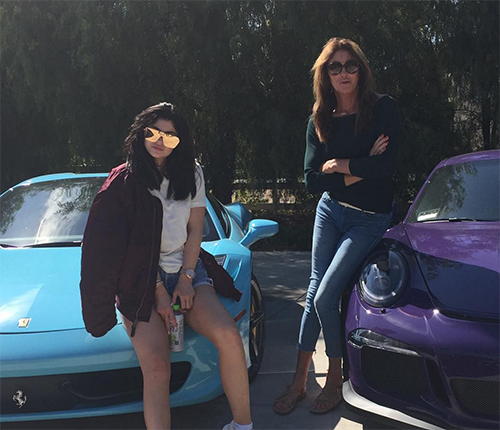 Is Caitlyn Jenner going to have a baby? Well, sort of. She won’t be getting pregnant anytime soon, but that doesn’t mean that she can’t have a baby. According to a new report, Caitlyn Jenner has baby fever, and has been searching high and low for a suitable surrogate mother to carry her child.

Caitlyn has raised over half a dozen kids between the Kardashian and Jenner clans, but the recently transitioned reality TV star and former Olympian wants to be a mother. According to a new report from OK! Magazine, Caitlyn has been trying to secretly search for a surrogate mother to carry her child. She has told her kids about her desire to be a mom, but doesn’t want to make a huge deal out of it quite yet.

An insider source dished to OK! Magazine, “She’s suffering from the empty nest syndrome and she really wants to experience parenting from a mother’s perspective.”

We get that Caitlyn wants a chance to be a mother, not a father. But, she’s 66 years old, so it seems a bit absurd to bring a child into the world now. If the baby is born next year (which would be the soonest), she’ll be 84 years old when they graduate high-school.

Who wants to be sitting at a soccer game and going to PTA meetings in their 80s? If Caitlyn’s heart is really set on being a mother, she might want to consider adopting a child that is already out of diapers.

What do you guys think? Is Caitlyn Jenner really going to be a mom? Do you think she would be crazy to have a baby now? Share your thoughts in the comments below!