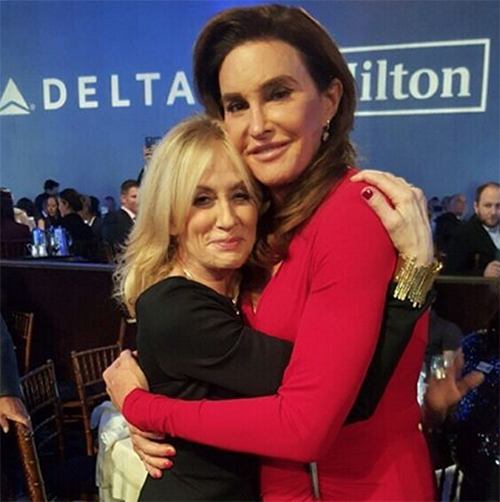 Caitlyn Jenner is headed to Hollywood! Caitlyn Jenner just scored her first major non-reality TV role on the Amazon series ‘Transparent.’ It’s no secret that Caitlyn has been campaigning hard for an acting gig – and what better show than ‘Transparent’ to make her debut as an official actress?

According to a report from Entertainment Weekly, Caitlyn Jenner will be starring on Season 3 of ‘Transparent’ in a super secret new role. The Amazon show’s creator, Jill Soloway, confirmed the big casting news at the GLAAD Media Awards on Saturday, April 3.

Soloway dished, “We are all part of the same community. A lot of the transwomen who work on our show are also in her show, I Am Cait. Lots of crossover. Lots of friends.” She went on to brag the casting Caitlyn Jenner was “a dream come true.”

However, a lot of members of the trans community seem to think otherwise. Caitlyn Jenner has rubbed a lot of people in the LGBT community the wrong way in recent months since she began to drop the ball on representing the trans community – and then bashed Hilary Clinton on her reality TV show ‘I Am Cait.’ Jenner tried to repair her image, and even posed for photos with Clinton, but the damage had already been done.

One would think that Caitlyn Jenner joining the ‘Transparent’ cast would help the TV show, but considering the majority of the shows’ fans are members of the trans community, it could wind up hurting the ratings in the long run.

Regardless, there is one good thing to come out of all of this: Kris Jenner is probably green with envy that her former husband is getting more respect in Hollywood than herself and all of her daughters combined. What do you think of Caitlyn’s new acting gig? Share your thoughts in the comments below!