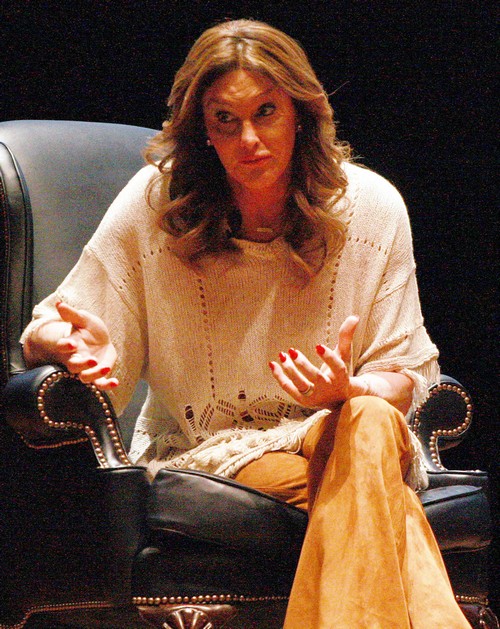 Caitlyn Jenner and Candis Cayne were allegedly caught passionately kissing – showing they have more than just a friendly relationship. While filming at the Ulta Beauty Salon in Los Angeles in February 2016, the pair were observed exhibiting heavy doses of affection, which only served to further fuel rumors about the two being a couple.

Their PDA does not come as a complete surprise however, as the two have been sited almost everywhere outside of filming for I Am Cait, including the Clive Davis pre-Grammy party. Seated at the same table, the 66-year-old Caitlyn Jenner was in constant touch with Candis in the midst of the A-List stars in attendance at the Clive Davis party.

Speaking with Radar, an onlooker described the pair as behaving like an “…extremely passionate item…” During breaks in the filming, the pair made no attempts to hide their affection for each other, openly holding hands and kissing at length. The two were also said to be behaving increasingly possessive of the others attention, even refusing to part even to grant a fan a photo opportunity.

Has Caitlyn Jenner finally found that spark she has been searching for after the end of her painful marriage with Kris Jenner? March 2016 would mark two years since Caitlyn and Kris Jenner separated and in that time the reality TV star has wasted no time in getting on with her new life.

As stated in a June 2015 interview with Vanity Fair, Caitlyn showed that since the divorce, she has welcomed every chance to pursue new and exciting experiences.

There is of course a great deal of curiosity as to what is driving the attraction between the two. Does Caitlyn Jenner see in Candis Cayne the embodiment of the woman she hopes to become? Admittedly, the 44-year-old Candis provided a great deal of support to Caitlyn’s while she transitioned to life as a woman.

This was plain for all to see on Caitlyn’s reality show I Am Cait and it could also be seen the affection between the pair had been growing. Candis began her gender transition while in her 20s, so she has packed on years of experience to share with Caitlyn who completed her change in 2015. Caitlyn Jenner became increasingly dependent on Candis for reassurance and support.

It is this dependency that an insider claims as the basis upon which this relationship is based. It is was further asserted that that during Caitlyn’s transition and leading up to her renaming ceremony, Candis was like a life raft that Cait simply could not live without.

With the new season of I Am Cait scheduled to begin soon, the true status of the relationship between the two may be the big reveal for the show. A preview was actually shared with E! News where Candis Cayne was encouraging Caitlyn to use the services of a matchmaker to “find love” which the co-stars both say they crave. So has Caitlyn finally found her match in Candis?

An evening with Caitlyn Jenner at the Irvine Auditorium on the University Of Pennsylvania Campus in Philadelphia, Pennsylvania on February 17, 2016 by FameFlynet