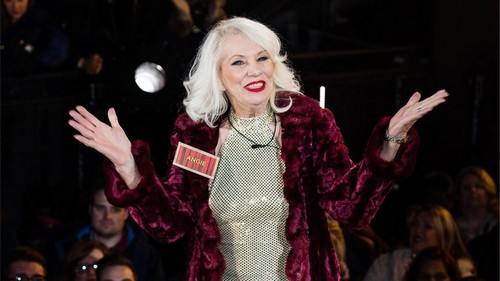 Celebrity Big Brother UK is a British a national pastime, akin to tea and scones and Simon Cowell. In a nutshell: a bunch of guilt-sick celebrities try to satiate their inherent need for fame by backstabbing and cry-crapping on national television.

What’s not to love about it?

Unfortunately, reality TV has become a saturated genre filled with languid contestants and gaudy reboots. Even America’s Next Top Model, one of the most popular reality shows on the planet, heard the death knell of cancellation late last year.

The iconic genre is heading for extinction. How does one save a species from dying out? You preserve it. You care for it. You create awareness. You hire Leonardo DiCaprio. You do what you have to do to save the species.

The latest season started off with a bad bang when Angie Bowie, David Bowie’s ex-wife, caused chaos after a representative told her about David’s passing. Wracked with grief, the hysterical Angie told her fellow housemates that “David died”.

A logical person would immediately know who “David” is, but this is Celebrity Big Brother UK – not a MENSA seminar. One of the housemates thought Angle was referring to David Gest (yes, Liza Minelli’s slightly insane ex-husband with the pug face). Minutes later the house erupted like Mount Vesuvius on Viagra. The housemates “blamed Angie for making jokes” about balloon-faced David Gest’s mortality.

Angie, who was obviously shocked by the housemates’ bizarre reaction towards a legitimate tragedy, found herself at the top of the “Bully Totem Pole”. Although the housemates cleared up the confusion, the incident created public backlash on an international scale.

Viewers accused the show of preying on a personal tragedy and exploiting it for financial gain. A massive exodus followed in the wake of the controversy – Ofcom, the UK’s communications regulator, received over two hundred complaints within 24 hours. The mishap caused the end of an already reviled reality TV epoch and ushered in a voyeuristic mirror-mirror era of self-disgust.

Angie, along with four other housemates, are facing the first official eviction on Friday. One of the contestants nominated Angie because “the house wasn’t the correct environment for her.”