Christina Aguilera Piling On The Pounds: Struggles To Cope With Recent Career Failures? 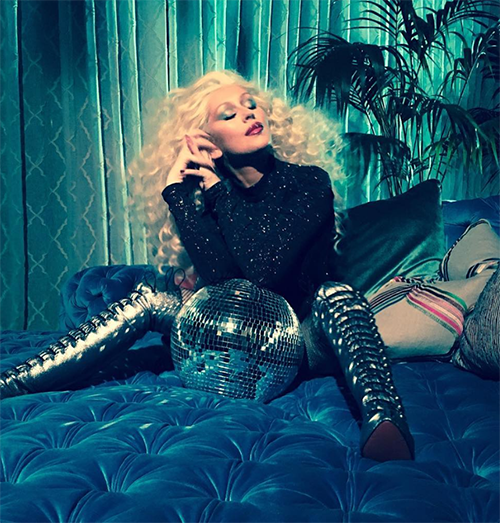 Christina Aguilera was spotted looking much different than when fans last saw her in the judge’s chair for ‘The Voice.’ In fact, many fans are concerned that the ‘Dirrty’ singer might be struggling to come to terms with her lackluster career these days by packing on the pounds. She hasn’t had a hit single or album in several long years.

This isn’t the first time Christina Aguilera’ weight has ballooned, leaving fans concerned about her well-being. In fact, several outlets couldn’t help but notice that Christina definitely looks much fuller than she has in the past as she was spotted visiting a pumpkin patch with her partner, Matt Rutler, and her two children, Max and Summer.

Christina Aguilera’s weight had only started fluctuating after 2010 and after the peak of her career in the mid-2000s. But then again, considering how Christina has nothing professional planned in the coming months, she might just be her family life with her two young children without worrying about the pressures of staying extra-thin, thanks to Hollywood’s unrealistic expectations. She’s given birth to two children and doesn’t need to worry about wearing figure-hugging dresses or skin-tight skirts anymore when she’s got nothing to promote now that she’s no longer a chart-topping star.

Christina might have figured that she’s already reached the peak of her career and knowing that her core audience is now older, she can’t compete with the likes of Taylor Swift, Selena Gomez or even Demi Lovato. Her last two albums, ‘Bionic,’ and ‘Lotus,’ failed to produce any worthwhile hits. There’s a good chance that Christina will never have another top ten hit again, and that’s why she might as well the comforts of everyday life, even if it includes a little weight gain. 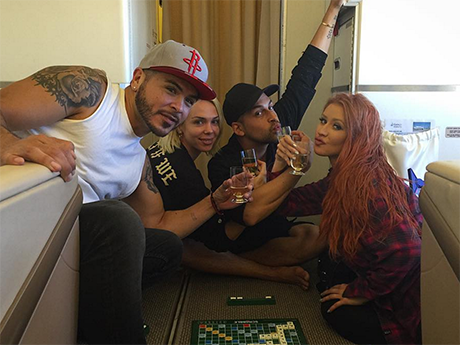 Tell us, do you think Christina is worried about her career failures? Is that why she’s given up on the music industry? But, then again, knowing how much Christina loves all of the celebrity attention and the perks of being one of the biggest pop stars, she misses being in the limelight. No diva works hard during their career just to be later ignored. Christina Aguilera knows it, Mariah Carey knows it, and even Britney Spears know it, and that’s why they’ve all tried to reignite their failing careers in one way or another.

Drop us a line in our comments section and come back to CDL for all the latest news on Christina Aguilera.

I am excited to share my love for music & game shows in my latest passion project. Here is a sneak peek of #Tracks! Watch tonight on @SpikeTV