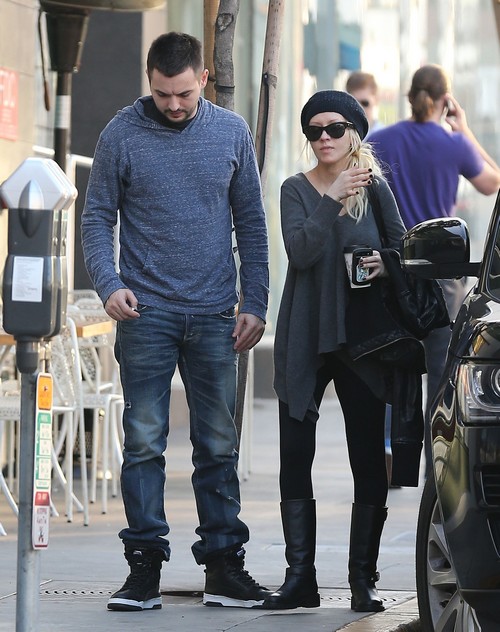 A new report claims that Christina Aguilera is so worried about gaining weight during her pregnancy that she’s started using a meal service to keep fit. Um, women are SUPPOSED to gain weight during pregnancy – it’s normal and natural to do so.

A ‘source’ tells OK!, “Christina is petrified that all her hard work [to get in great shape] will go out the window. She is spending $3,000 a month for a meal-delivery service and is using an army of nutritionists and trainers to keep her looking good.”

Well, I can believe that she’s trying her best to stay in shape while pregnant so she doesn’t have to lose even more weight after giving birth. However, I doubt she’s so hell bent on not gaining weight that she’s focusing her entire life around it. Being pregnant allows you to be a lot less rigid when it comes to gaining weight and eating what you want – and as a celebrity, it’s practically the only time you’ll be encouraged to eat as much as you desire.

Sure, Christina’s dealt with weight criticism in the past and that’s no doubt weighing on her mind. But why can’t the report just say she wants to stay healthy and leave it at that? Why do they have to turn into another weight loss debate, especially concerning a pregnant women? Obviously, Christina’s publicly struggled with her weight in the past, and sure, she is probably using ‘an army of nutritionists and trainers‘, but then again, doesn’t most of Hollywood do the same?