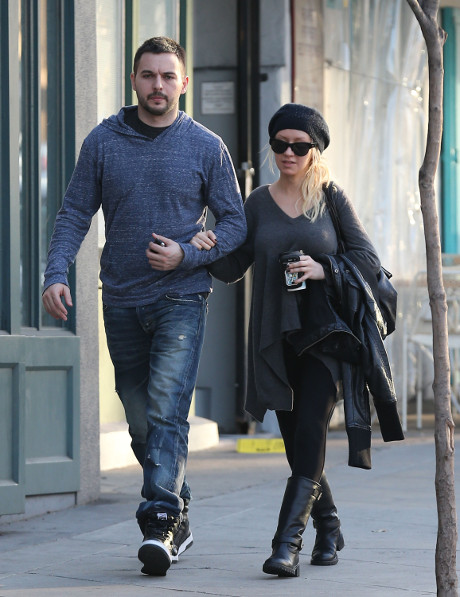 Christina Aguilera is supposedly pregnant with her second child! Aguilera announced her engagement to boyfriend Matt Rutler on Valentine’s Day and now it seems as if the couple has something else to be excited about. While the couple has yet to make any form of public/official announcement, Christina’s future mother-in-law, Kathleen Rutler, may have spilled the beans during an interview with In Touch magazine. Us Weekly also adds to the rumor pot, claiming they’ve gained confirmation from an exclusive source, who revealed that the Grammy-award winner is indeed preggo.

When asked about the possibilities of a future grandchild, Kathleen says that she’s “been sort of told not to say anything.” Which means . . . Baby on the way (probably). She continues, “I don’t know what their plans are,” she revealed, in response to being asked whether or not the couple would be moving to the East coast. “But when you have a baby, you’re not planning on moving anywhere anytime soon!”

Hmm. Seems like G-ma might’ve let the cat out of the bag! Christina has one other child, 6-year-old Max, with her now ex-husband, Jordan Bratman. Matt and Christina seems extremely happy together and are excited to being their life together, though no official wedding dates have been set. The couple met on the set of Christina’s hit film Burlesque.

Let us know in the comments section below what you think about Christina popping another bun in that oven.