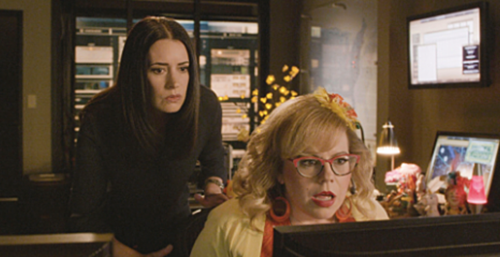 Tonight on CBS their hit drama Criminal Minds returns with an all-new Wednesday, October 26, 2016, episode called “Keeper,” and we have your weekly Criminal Minds recap below. On tonight’s episode season 12 episode 4 a serial killer is loose somewhere on the Appalachian Trail in a remote part of Virginia.

Did you watch the last episode of Criminal Minds where the BAU welcomed back Emily Prentiss (Paget Brewster) as they were called upon to investigate the disappearance of three women? If you missed it we have a full and detailed Criminal Minds recap, right here for you.

On tonight’s Criminal Minds episode as per the CBS synopsis, “The BAU team searches for a serial killer along the Appalachian Trail in rural Virginia.”

Hotch was still out of the office when the Behavioral Analysis Unit heard that there was a chance that one of their old Unsubs was back on tonight’s all new episode of “Criminal Minds”.

The Unsub that the guys were familiar with had mostly stayed on the Appalachian trail and he had also been a pedophile. So the victims for the most part, had usually been children. Children that this particular Unsub would kidnap had all been taken on from as pot on this trial and eventually their remains would be left there as well. But the Unsub in Virginia appeared to have a different pattern. The victims or to be clearer the dismembered body parts of this latest Unsub were older. As if they belonged to adults and not children. And so the BAU thought there was a chance that they were dealing with someone yet all the same, they couldn’t take any chances.

Garcia had looked into missing persons and there hadn’t been anyone much less children that had been reported missing in any of towns nearby. Yet, the guys had still been unclear about what they were dealing until they began to piece certain things about what they found in Virginia. Like the fact that this latest Unsub had repeatedly stolen dog food from a nearby store and had never once stolen food for himself. So JJ theorized that the body parts might have been this Unsub’s source food and that clearly the two Unsubs in her mind. There was one that had used the trail to hunt and there had been another that had used it to hide what he was doing.

So the unit looked at the body parts. The local medical examiner had said that the victims had been four male and one female and so everyone had thought that it meant the Unsub didn’t have a victim preference. They instead thought that he was taking people based on chance. However, the guys had been given a bigger problem when they considered that there might be more than one Unsub. There could be the homeless man that did steal the dog food and who could also be eating the victims, but the other Unsub would be the one that actually killed the victims and would therefore, have chosen them for a specific reason.

But it was the homeless man that they had saw in the store footage that had eventually attacked Lewis. Lewis had still been searching the woods along with everyone else to see if there were more bodies parts yet the homeless man had snuck up on her from behind and had tried to strangle her as she called out for her team. So when Alvez did show up, he had quickly arrested the Unsub and had checked on Lewis. Lewis though was fine. She had been holding her own against the Unsub and the assault on her had ultimately prove to everyone that they had caught the guy. And that there was just the one Unsub.

Only there was a problem. The BAU had caught the one guy they believed was responsible for everything however they didn’t get a report about a new missing person until after they had their guy in custody. So they had tried to get their Unsub whose real name was Todd Burton to talk to them and he simply wouldn’t do it. He in fact refused to do anything until he had gotten his dog Cormac back and the guys didn’t know anything about the dog. Todd wouldn’t give them a description and he couldn’t be fooled with another animal. And so that had led them to believe that there wasn’t a dog.

The guys had then believed that the dog could be part of Todd’s transference. Transference was when someone put a great amount of significance on one thing like say a dog when really Todd ‘s Cormac could be something or someone else. So Alvez and Prentiss had asked Garcia to look into Todd’s acquaintances in case there was a real Cormac and it turns out there was. Cormac Burton was Todd’s brother and two didn’t appear to be close because Cormac had moved away the first chance he could and hadn’t come back to the old family home until after their father had died. Yet, Cormac disappeared right around the time that Todd began killing people.

So Prentiss had questioned if Todd’s first victim had been his brother though she had gotten Todd to talk about his father while that part of the investigation was checked. However, Prentiss eventually realized something. She realized that as Todd talked about his and his brother’ s abusive childhood under their father that he mentioned his brother broke under those conditions. Todd had said that Cormac was never the same after his dog had been taken from him and Todd also said that he had tried to protect his little brother like any other brother would do. And so Emily realized that Todd wasn’t their Unsub, Todd was simply cleaning up after his brother.

The brothers had been treated like animals by their father. Their father would throw them into the pens with the pigs and would make them watch as slaughter. So one of the things that their father had put into their heads was that if they weren’t the butcher than they were the pigs. But the killings didn’t begin until after Cormac came home and remembered their father so that’s when Todd began cleaning up after Cormac. And once the BAU had checked out where the boys had been held, they were able to save the victim that had recently been kidnapped and they had arrested Cormac.

Yet, the guys had been right about there being more than one Unsub. Todd hadn’t been in the right mind when he cleaned up after his brother, but in his way he had been trying to save Cormac from himself.