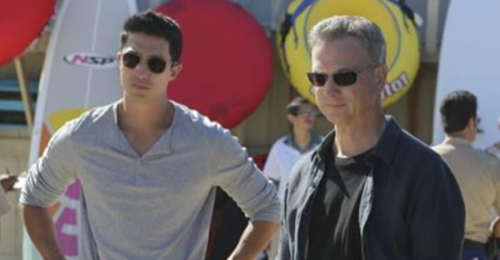 Tonight on CBS Criminal Minds continues with an all new Wednesday April 13, season 11 episode 6 called “Love Interrupted,” and we have your weekly recap below. On tonight’s episode, a couple honeymooning in Belize disappear and the International Response Team arrive on the island to search for them.

On the last episode, the International Response Team headed to Paris to search for an UnSub targeting Americans who lived there. Did you watch the last episode? If you missed it, we have a full and detailed recap right here for you.

On tonight’s episode as per the CBS synopsis, “the International Response Team heads to Belize to search for a couple who disappears while on their honeymoon in what appears to be a targeted abduction.”

There was trouble in paradise on tonight’s episode of “Criminal Minds: Beyond Borders”. Unfortunately, two American newlyweds were reported missing after the bride’s father noticed the pair had gone silent on the social media page. And that he couldn’t contact either of them after he tried both their hotel as well as the U.S. Consulate.

So the International Response Team was called in on this one. They were asked to investigate what had happened to John and Susie Davis seeing as it couldn’t be good that no one’s heard from the two in over two days. And as they had looked into the couple, they had seen why so many had become concerned.

John and Susie had been conscientious couple. John had made sure that he had registered them with the consulate when he first landed. But, despite his best efforts, Susie had come up with a surprise. She told them about this special place that she had wanted to take him to. So he had driven their rental car down an unfamiliar rode and that’s where they had their accident.

Another car had driven into them on purpose which had knocked out the couple. However, Susie eventually walk up in the basement of some building and she had been chained to the pipes. So the couple were in danger and they needed help. Only the IRT had figured out that they probably did expose themselves to danger.

It seems that they had needed financial help to go on the honeymoon of their dreams. So they had raised money for it online and in return they promised to keep everyone updated. With things like video and photos that were all time and date stamped. And so the IRT that’s probably how the UnSub found them.

Though what they didn’t know was for what purpose. John and Susie hadn’t just been killed, they had been kidnapped. Why? They had raised money for their honeymoon so people knew that they didn’t have any money. So they couldn’t have been kidnapped for a ransom however the IRT had found their abandoned car and it had showed that UnSub had purposely driven them off the road yet hadn’t wanted to cause actual damage.

So in a weird way, the UnSub hadn’t wanted to hurt them. At least not at that point in time because things had later changed. The UnSub had kept them alive for two days when out of nowhere he decided to kill the husband. And so Susie didn’t know what to expect.

For it truly did not make sense to keep the alive for so long only to kill them off one by one.

Yet, the guys had their first bit of evidence when someone tried to come take the car. The tow truck driver had said some man had come into his store and that he hadn’t gotten a good look of him because he had been wearing a baseball hat and sunglasses. Only the tow truck driver also added that the man had claimed he was a fisherman that recently came out of the bay and that he didn’t think he truly was a fisherman. He said he knew fishermen and that guy had been no fisherman.

So Agent Jack Garrett ended up asking for a big favor. He asked the local police to check the bay and that’s how they found John. John however hadn’t been the only one in the bay. There had been the bodies of two other men. And these other men had all been newlyweds as well.

And therefore Clara looked at how they were killed and came up with a profile. She said that their UnSub was following Aztec warrior traditions. The Aztec would kill their enemies and even eat their hearts to absorb their strength. But they would also claim their victim’s property and that’s what women were back then. So that meant the UnSub was killing these men to prove he was strong and he was keeping the women as wives.

Which explains why Susie had woken up in a wedding dress. Only the UnSub was acting only in the early parts of fall so there must have been traumatic event that took place in the timeframe. So Monty had been checking that out while the others were figuring out why the UnSub had gone unnoticed for so long. And it turned out to be a confusing situation.

The Dutch couple had disappeared, but the groom’s family had filed an insurance claim and it had been the insurance that ruled no foul play. So that’s how that couple were overlooked. As for the Canadian couple, they had come to Belize on a cruise so the maritime police had been the one to investigate their disappearance.

And Monty later got back to the guys with results. He found a woman that had died after she had been hit by a rental car so that’s probably what motivated her husband Antonio into taking a job at a rental car facility. He thought that he could prove he was strong by taking other men’s wives away and his job helped him do it.

It allowed him to meet new couples and the GPS in their cars had helped him pick his victims when they were at their most vulnerable. So Antonio was arrogant and he even thought the Aztec’s traditions had made him into a god. Yet, Garrett had showed him how wrong he had been. Garrett and the others had found him at his place and they had seen how he made the women that had been there longer to willingly drink poison, but they couldn’t allow him to feed his toddler a bottle of the stuff.

So Garrett had told him that he wasn’t protecting his “family”. It had actually been hurting them because he wasn’t as strong as he claimed. And the fact he knew he was weak was why he has been killing people.