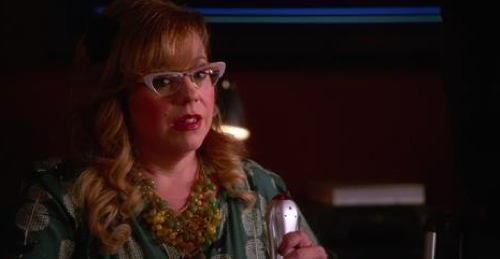 Tonight on CBS Criminal Minds continues with an all new Wednesday January 13, season 11 winter premiere called “Entropy,” and we have your weekly recap below. On tonight’s episode, the BAU implements an elaborate strategy to take down the “Dirty Dozen” hit men ring.

Criminal Minds is an American police procedural television series created by Jeff Davis. Criminal Minds is set primarily at the FBI’s Behavioral Analysis Unit (BAU) based in Quantico, Virginia, and in accordance with the show’s plot, Criminal Minds differs from many procedural dramas by focusing on profiling the criminal, called the unsub or “unknown subject”, rather than the actual crime itself. The focal point of the series follows a talented group of FBI profilers who set about catching various criminals through behavioral profiling.

On the last episode, the BAU searched for an UnSub who may have been fascinated with medical experimentation when they discovered two bodies, presumably in a disturbing way. Did you watch the last episode? If you missed it we have a full and detailed recap right here for you.

On tonight’s episode as per the CBS synopsis, “the BAU implements an elaborate strategy to take down the “Dirty Dozen” hit men ring, with Reid playing a central role.”

Tonight’s episode looks like it is going it going to be great and you won’t want to miss it, so be sure to tune in for our live coverage of CBS’s Criminal Minds at 9:00 PM EST! In the meantime, sound out your comments below and let us know how you are enjoying the eleventh season of Criminal Minds.

Apparently on tonight’s episode of “Criminal Minds”, Reid has decided to take on a woman known as the Black Widow of Hit-woman in a game of wills. Though it’s safe to say that hadn’t always been part of the BAU’s plan when they initially found their big break in the hitman case.

Right before they left on winter break, the BAU had found had found pertinent information on the group they had been looking into. That group of hitmen that had seemingly been prepared to go after Garcia. So when Hotch found what he needed, he had immediately told Garcia about how they could finally shut down the dark web once and for all.

And naturally she had of course been optimistic in return. Not only was her life going to be taken out of danger but the BAU suddenly had a chance to save thousands of others as well. However, nothing is ever as easy as the planning stage.

Hotch’s intel had merely been about finding their way into the organization’s back door. Although, it hadn’t been about how they could stop the four remaining hit-men. So the team as a whole had to come up with a plan that would allow them to stop their website and as well as round up the entire group.

After all, none of the Hit-men could be allowed to go on and continue with their business. There had been Montolo and his specialty had been to kill people yet make it look like an accident. But there was also the Sniper, Miss .45 who had the highest body count, the Chemist who worked with undetectable poison, the Bomber who had recently killed hundreds of people and then there had been The Snowman. The Snowman wasn’t an assassin but he was the group’s IT men.

Though it had looked like he had been forced into that occupation. The BAU had found evidence of someone kidnapping him and therefore he was being held against his will while he helped his kidnappers receive missions. So in the BAU’s mind, the Snowman had been fruit of the lowest bearing tree.

He was the most likely one to double cross the others and after Garcia had reached out to him – he actually appeared to want to help them. He allowed them to take out the Sniper and the Chemist. And then he told about how the entire system worked.

Therefore, the team decided to fake a job for Miss .45. Reid was going to pretend to be some angry husband that wanted to kill his pregnant wife. And he knew that story would draw out the only woman in the group.

He had profiled her as a woman with daddy issues and therefore he knew she would only speak with someone in her age group. Who wouldn’t trigger any onset reaction leftover by either her father or any other father type figure. However, Reid had underestimated the hit-women.

He thought he had her all figured out but she had played him. She had known all along that he had been part of a trap and so she demanded he tell her story. Like how he was able to find her and her friends. Which he did.

Yet she had simply allowed for the BAU to watch her throughout the entire story because her real plan hadn’t been about the gun she had trained on Reid. It had just been a distraction while her other friend the Bomber had gone about planting a bomb underneath everyone’s noses. So Miss .45 or Cat as she likes to be called – had constantly been one step ahead of the BAU.

And she didn’t reveal her backup plan until she was ready to make her escape. Therefore, Reid had to use his last card with her. He told her that he had found her dad.

The very same one that had gotten locked up for manslaughter after he killed her mother and she was sent to foster care. Where, you see, she ran into a series of abusive foster fathers and eventually killed one of them just to make the abuse stop. So Cat has a lot to say to her dear old dad but Reid informed her it wouldn’t do any good.

He said the older man hadn’t remembered her. In fact her father had suffered from severe memory loss thanks to years of alcoholism. And so Reid told her that he knew a reunion wouldn’t be in her best interest.

Then her told her why.

He had spoken with Cat about his own mother you see. And how his mom has been suffering from memory lapses for quite some time. Thus he found a way to connect them. He made her feel like he understood her pain.

And Morgan played that up by pretending to having her father waiting for them outside. So Reid marched out there and it turns out to have been one big ploy. He hadn’t found her father and he probably never will.

But in the end the BAU had caught Cat for conspiracy to commit murder and they also found her bomber friend still in the restaurant. Waiting for a signal from Cat. So it’s over!

Garcia can now go home again and Reid’s friend also now know that he could begin to suffer from alzheimer’s. Apparently that had been the only thing that was true during his conversation with Cat.