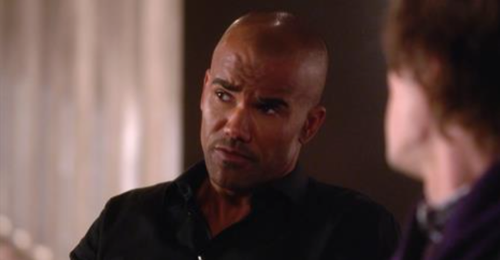 Tonight on CBS Criminal Minds continues with an all new Wednesday February 24, season 11 episode 15 called “A Badge and a Gun,” and we have your weekly recap below. On tonight’s episode, the BAU searches Los Angeles after the team discovers security footage.

On the last episode, when an 18-year-old girl escaped from a suburban home where she was held captive for years with two other women, the BAU searched for the Unsub who kidnapped them. Did you watch last week’s episode? If you missed it we have a full and detailed recap right here for you.

On tonight’s episode as per the CBS synopsis, “the BAU searches Los Angeles after the team discovers security footage that shows an UnSub being invited into victims’ homes.”

The BAU had another spree killer on their hands on tonight’s episode of “Criminal Minds” and their UnSub was going to particularly desperate measures to up the thrill after every attack.

Apparently, when the BAU first got the case, the UnSub had merely attacked two women inside of their homes and had dumped their bodies miles away, but for some reason the UnSub had set about killing in a unique way. It seems he wrapped each of his victim all tightly in whatever sheet he could find, like their bed sheets, and then chose to smother them. Which was both an unusually slow method of killing someone as well as extremely cruel because he had to have stuck around in order to verify that both of them were dead.

Yet, the UnSub had changed his MO by time the BAU had arrived in LA. They had still been on the plane when they gotten word that a third victim had been victim. Only that time in her apartment whereas before the UnSub would only attack those that lived in private home. So that’s when the team decided to label their UnSub as a spree killer.

He had gone after women with low risk lifestyles and who he must have known would be home in the middle of the day. Thus there was evidence that the UnSub had to have stalked the victims. But, despite the different ages and ethnicities, he had gone after women that lived alone and in their homes until the third victim had changed everything. The third victim had lived in an apartment building and that meant the killer could have been caught at any time yet he stuck around because his earlier methods weren’t giving him the same type of thrill.

And as the BAU would go on to say, a spree killer eventually loses sight of their original goal as they cling to the rush they feel after every kill.

Therefore, the only part that hadn’t made sense until their UnSub had gotten sloppy was how he was getting the women to allow him into their homes. And that part had been solved by the security footage at the apartment complex because it showed that UnSub had flashed credentials. Like the ones Federal Agents carry around. So Garcia had to run a search on every male agent that was in the area of the murders and she didn’t appear to find anyone that had been at all three crime scenes.

The fourth victim had again lived in an apartment complex, but she hadn’t been single. She had a husband who worked at odd hours and who could have easily caught the UnSub. Though, once again, he had gotten caught up with the thrill and had made several mistakes. And that led to the BAU finding out that he wasn’t in fact FBI.

A witness had apparently noticed his spider tattoo and the prison tat helped the guys come up with a profile. That stated they were looking for a man craving affirmation and the power of having a badge, but who must have undergone a traumatic experience either in jail or in his early adolescence that resulted in deep bondage fetish. Which together with his antisocial behavior was what was causing the UnSub to lash out.

And fortunately the fourth victim’s location had also provided more than what the team needed for their profile. It made the BAU realize that their UnSub was using a police scanner to find crimes in the area as hunting grounds because he knew that women would more trust a man claiming to be an agent if he was looking for a rapist/murder that had recently attacked someone in their area. So the guys decided to create a fake crime in order to lure their UnSub into a trap.

Although, he managed to nearly miss them by shooting at a cop to facilitate his escape. And so it would have been back to the drawing board if the officer that had been attacked hadn’t lived.

The LAPD officer had noticed the make and model of the UnSub’s car. And he had also caught the baseball cap in the backseat that was once Bureau issue. Meaning the badge hadn’t been the only thing that the UnSub had stolen, but it did lead to the guys putting a name to their UnSub.

Andrew Meeks had been recently paroled and he had lucked out when he found a retired agent running a program called New Callings for the rehabilitated. But the agent must have realized that Andrew was playing him to get war stories because he tried to call the Parole Board on the same night he was murdered by Andrew. Who then stole his credentials as well as the cap he received at Quantico in order to pass himself off as a real agent.

Yet Andrew had once been lured into a practical joke by a group of girls who had nearly smothered him to death when he was a teenager. So his killing spree had been about him reclaiming some of the power he thought he lost. And the end result of his spree had made him think he was strong enough to face a line of cops.

Only JJ had later reminded of his past experience when the LAPD managed to corner him in front of a drug store and it didn’t take much to shake his confidence. Therefore, it had been pretty easy to take him down. And the guys had left the city believing they had done a great day of work.

But, later someone kidnapped Morgan and now it’s the BAU’s turn to find one of their own before it’s too late.