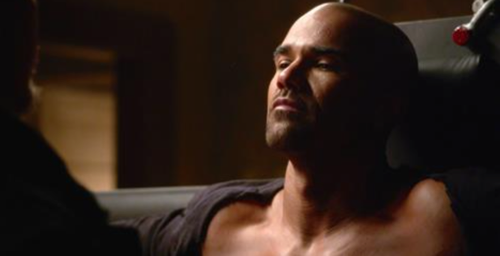 Tonight on CBS Criminal Minds continues with an all new Wednesday March 2, season 11 episode 16 called “Derek,” and we have your weekly recap below. On tonight’s episode, when Morgan (Shemar Moore) is abducted, the BAU scrambles to find him and save his life.

On the last episode, the BAU searched Los Angeles after the team discovered security footage that showed an UnSub being invited into victims’ homes. Did you watch last week’s episode? If you missed it we have a full and detailed recap right here for you.

On tonight’s episode as per the CBS synopsis, “when Morgan is abducted, the BAU scrambles to find him and save his life. Series star Thomas Gibson directed the episode. Legendary actor Danny Glover guest stars as Morgan’s father, Hank.”

What happened to Derek Morgan? Morgan had been kidnapped last week in what looked like a coordinated attack on him and so tonight’s episode of “Criminal Minds” picked up from there.

Morgan had fortunately been on the phone with his girlfriend Savannah during the attack so she had instantly known that something was wrong and had then quickly filled in his people about what she had overheard. However, Hotch and the guys were still a tad confused about the situation Morgan was in because they hadn’t known why he had gotten taken. And the only thing they could think of was their recent takedown of the dark web.

Yet if that were the case then again why Morgan? Morgan hadn’t personally been targeted by the league of assassins and he hadn’t been the only profiler on the case. So there was no reason for anyone to take their chance on him over the others.

Only someone did and the group of men that had captured Morgan were also intent on torturing him. First they had tried to beat him, but that hadn’t seemed to work on Morgan because he had found a way to dissociate himself from everything that was happening. And to do that he had relied on the image of his father.

Though the elder Morgan had died many years ago after he had tried to help a woman that was being mugged and had taken two fatal wounds to the chest. That Morgan had sadly been a witness to his father’s shooting could explain why he would want to see his father as an older man even in his mind. Even if it was all made up.

But in his mind, Morgan finally got the chance to relieve that day and find some way to forgive his father for dying like that. And supposedly lying about how heroes were always protected by God.

So his time “away” per se had helped Morgan and when he was finally ready to come back to himself, he and his “father” had worked out how he was going to get out of his situation and all they had to do was lure his captors into a fall sense of security. Morgan had faked unconsciousness and had thrown in a pretend faint as well. And that fooled his captors into letting down their guard which thankfully allowed him to steal one of their guns.

And Morgan was able to get the upper hand after that. He used one captor as a human shield and that shield protected him while he took out the remaining men. Though he was kind of stuck afterwards because the people that had taken him had also dragged him miles away from anything else and he didn’t know the password on the one phone he managed to find.

Thus Morgan didn’t even bother to try anymore after that. He had instead been intent on giving up and had actually wondered what the others’ lives would be like once he was gone, but his “father” stopped him from digging into such subjects. And the image of his dad had told him that his people were good at what they do so they were going to find him.

Yet Morgan knew he could help them by trying to pinpoint his location so he pressed redial on the phone seeing as that had been his only option and he spoke with the man that had helped arranged everything. A John Bradley that BAU were also looking into because the part of Morgan’s brain that was pretending to be his father had been right. His people are good at what they do and they were able to find a couple of thrown out SAS agents.

SAS was the secret task force based in the UK and the only people that had tattoos claiming to be part of that secret organization were guys that had gotten thrown out of the program before completion. So that’s what Morgan was dealing with. A group that had been so disqualified that government sanction tortures didn’t even want them.

Although a group like that must have gone after Morgan for a purpose and Morgan had hoped to hear what it was before he was killed, but James hadn’t told him anything as he tried to once again torture Morgan. And his people had later killed James before he could be furthered questioned. So Morgan didn’t get the answers he needed as to why all of this had happened to him, but he had been glad to see Savannah again at the hospital later because he finally realized what she had been trying to tell him last week.

And so Morgan ended up proposing to her form his hospital bed!