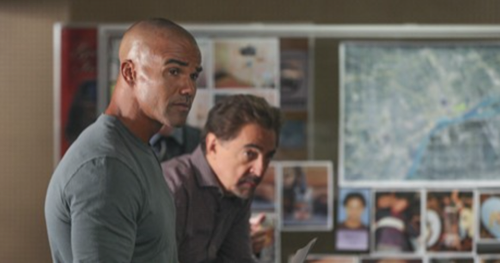 Tonight on CBS Criminal Minds continues with an all new Wednesday March 23, season 11 episode 18 called “A Beautiful Disaster,” and we have your weekly recap below. On tonight’s episode, when an UnSub targets the BAU, and the team goes into action to find out who is responsible.

On the last episode, the BAU searched in Wichita for an UnSub who is abducting children while their parents slept. Meanwhile, Morgan tried to learn who was responsible for his attack. Did you watch last week’s episode? If you missed it we have a full and detailed recap right here for you.

On tonight’s episode as per the CBS synopsis, “when an UnSub targets the BAU, and the team goes into action to find out who is responsible. Series star Kirsten Vangsness co-wrote the episode with Erica Messer, one of the series’ executive producers.”

A sniper had taken aim on last week’s episode of “Criminal Minds” but it hadn’t revealed until tonight who had been his target.

And unfortunately it was the pregnant Savannah. She and Morgan had been together simply standing by the side of his truck when they both heard gunshots yet only Savannah had been injured. So that ended up changing the profile of the UnSub that the BAU has been hunting. Ever since Morgan had been attacked all those months ago.

Though the profile changing might have something to do with Savannah actually being pregnant. Before, the UnSub had chosen not to attack Morgan whenever he was around people or even his loved ones and that’s because they hadn’t wanted to drag anyone else in what was a clearly a personal vendetta against Morgan. Only that changed with Savannah because she had purposely been hit right in front of a hospital. As if the UnSub hadn’t wanted to kill her, just use her to pass on a message to Morgan.

The message, itself, being that he couldn’t always protect his family. So Garcia and the guys followed on that lead about family and they eventually came across Giuseppe Montolo. Montolo had been one of the assassins that the BAU had taken down, but he had died because the other members in the assassin league had wanted to prevent him from ever talking. And therefore someone like Montolo’s father could honestly believe that the only reason his son was dead was because of his capture.

Only Garcia had earlier written off Chazz Montolo seeing as he was supposed to be dead and she didn’t look for him again until someone pointed out that Chazz could have faked his death in order to ensure that no one would be looking for him if anything were to happen to Morgan. Yet, the second Garcia renewed her search, she found Chazz in plain sight at the hospital. The same hospital that Savannah was in and where the BAU had set up makeshift headquarters.

So Chazz had been right under everyone’s noses and it seem he also had been the one to call Garcia from the hospital payphone about Savannah. Therefore, the team knew that he must have left behind some sort of clue or threat in the phone booth. But, when they checked, there was only a single piece of paper that hadn’t made sense to them.

Yet, Morgan understood. He understood and then purposely chose to keep quiet about it just so he could walk into the trap that Chazz had set out for him alone. And so he hadn’t informed team because he hadn’t wanted anyone else to get hurt in what Chazz was planning.

Chazz, though, wasn’t afraid to use the others even if they weren’t actually with Morgan. He had security cameras trained on Morgan’s team and as well as his fiancée. So Morgan knew from the start that if he didn’t play Chazz’s game then something was going to happen to them, but he had left behind some pieces of information for them to find. That is if they were to look carefully.

Earlier, Morgan had seemingly gotten into Hotch’s face for no apparent reason and so it wasn’t until later that Hotch realized that there had been few things hidden in their argument. Like how Morgan had mentioned Foyet and not just once. Morgan had actually brought up Foyet twice so Hotch thought about that one and he recalled that Foyet had attacked him in his own home. Although that hadn’t made sense with the other clue which was red.

So that’s when Reid put two and two together and remembered that Morgan likes to renovate homes as a side project. Though, as it turns out, Morgan has renovated over a hundred homes since he first began following everything that happened in 2001. And so that gave the BAU a pretty long list when they didn’t have enough time to investigate each one.

But Morgan it seems had handled the situation on his own. He had initially gone along with Chazz’s threat against his friends and family yet Morgan had practically built the house from scratch and so he knew there weren’t any landlines in the house. So that’s why he began to toy with Chazz until he eventually chose his moment to strike. And afterwards he had chosen to arrest him rather than kill him which was what Chazz had wanted once he knew the game was up.

And so there was a happy conclusion to his ordeal, but things changed for Morgan after he became a father. Apparently that’s when he realized that he couldn’t keep putting himself or his family in dangerous scenarios so he later told the team that he was going to be leaving the BAU though he didn’t want them to think that he was going to drop off the face of the earth. So he told them he loves and respects them then he packed up his things and went home to Savannah who was thankfully recovering and their son, Hank Spencer Morgan.