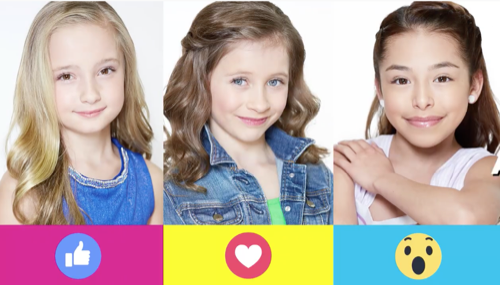 Tonight on Lifetime after a Dance Mom returns with an all-new Tuesday, September 27, 2016, episode and we have your Dance Moms recap below. On tonight’s Dance Moms Season 6 Episode 25 “Mommy Meltdown,” tensions rise between the teams; and the girls’ mothers give Abby Lee Miller an ultimatum.

Did you miss the last episode of Dance Moms where The minis performed a beauty-pageant-themed dance and the elites feel pressured to pull off a tribute to Prince? We have a full and detailed Dance Moms recap of the last episode, right here for you!

On tonight’s Dance Moms Season 6 Episode 24 as per the lifetime synopsis, “The mini team perform their first lyrical routine; and the elites are tested after the moms make a decision that leaves them without a group dance for competition. Later, tensions rise between the teams; and the girls’ mothers give Abby an ultimatum.”

On this week’s episode of Dance Moms, everyone arrives at the dance studio. Abby comes in and tells them, “We did a group routine and we were second. We need to get back on top.” She tells them, “Alexus is at the bottom of the pyramid.” Her mother says, “May I ask why?” Abby says, “Have her look in the mirror and then you’ll know why.” Peyton is next due to her choreography, then Mia, JoJo and Brynn.” Abby tells her, “I didn’t see emotion in your hands.”

Abby tells them, “We are going to a competition called Fierce National Dance competition in Phoenix, Arizona. You will be doing a routine called “Prettier than poison. We have another duet. Mia and Kendall, you will be doing your duet from last week. I still don’t think you are bigger than pop stars and I want the audience to be wowed.”

Abby is working with the two duet teams. Abby tells Nia, “Your turns aren’t tight enough or high enough.” She tells Kendall, “You are taking the things you have been doing for years for granted.” Abby then moves on to work with Brynn and Kelani. Ashlee worries that Brynn and Kelani will not be able to show the best of what she can do and that she will look like a fool for taking her daughter and leaving.

Abby is continuing to work with the minis on the lyrical routine. The junior moms are still very upset because they feel very disrespected. Holly says, “I don’t know if Kendall is deaf and blind or what.” Jill and Jessalynn head over to talk to Abby. They tell her, “This cannot go on stage.” Abby tells her, “This is about entertaining. It is not about a foot and a leg.” Abby says “I am going to Arizona with four numbers that are all completely different.” Jill says, “Kendall is not doing this number.” The other mothers all agree.

The next day outside the studio in Phoenix the Mini and the elite moms come face to face. The mini moms ask what happened after they left their rehearsal. They tell them “We found the dance with walkers offensive.” An argument ensues and the mothers have to be separated.

Once in the studio the elite moms are frustrated because their daughters are not getting the attention that they need, especially because they don’t have a dance. When Abby finishes with the Minis she begins to work with Kendall and Mia on their Pop Stars routine. After a few minutes she moves on to work with Kelani and Brynn. Abby says “Kelani and Brynn have a lot of weight on their shoulders because this is their hometown.” After working with the duets she sits down with the moms. Jill asks her “What are our options to put something on stage with you?” Abby says “How about we do some improv?” Jill and Jessalynn are not happy about this at all. Jill says “All they have done is walked around and posed. If this is what Abby wants to put on stage to represent ALDS then shame on her.”

On the day of competition the junior girls are nervous because they are going out on stage with a dance that they have self choreographed.

Holly and the other junior moms are talking to Abby. She tells her, “I am going to say this and I don’t want you to get mad, but you are infatuated with those little minis.” Abby tells them, “I am infatuated with them.”

When the two duet teams walk in they look beautiful, but the moms are still disappointed. Meanwhile Stacie takes the minis over to the juniors locker room to wish the duos good luck. All of the sudden the duos hustle out of the locker room. Abby calls the duos over for a pep talk. She tells them, “They are going to judge you on that line, that kick, that movement.

First up to perform is Prettier than Poison. Everyone is impressed and likes their performance. Next to go is Pop Stars and they are equally impressive. Once the duos are done performing, Stacie asks to speak to the junior moms backstage. She tells them, “My daughter is seven years old. She looks up to these girls and for her to see you guys behave the way you did earlier was just really wrong.” The junior moms walk away. They feel offended that their daughters are being called mean. The junior moms decide to leave as the argument intensifies and as they are leaving Kira pushes Stacey. She yells at her, “You are a role model for who?”

As the juniors are getting ready to perform, Abby is going to talk to the Minis. She tells them, “I need to see perfection out there.” They head out to the stage. On her way out the door Stacie catches up to her to tell her about the altercation between her and Kira. Abby asks her “Are you hurt?” Stacie says, “No.” Abby tells her “Then get over it.” The Minis are up next and perform very well. Then the junior girls are up and Abby is very impressed with the routine that they put together.

After the competition, the juniors are in their dressing room with Abby when the Minis come in to present Abby with a picture of her mom that they have all signed. Jill says, “They don’t even know her name.” Jessalynn speaks up and says, “These moms have said some very rude things about our kids. This week made us feel like you don’t want to work with our kids anymore, and if that’s the case then tell us.” Abby looks shocked. She says, “Be careful what you wish for.”