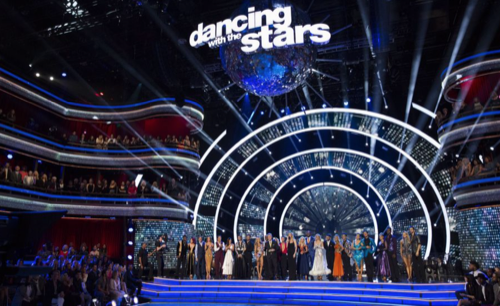 Tonight on ABC Dancing With The Stars 2016 airs with an all new Monday March 28, season 22 episode 2 and we have your weekly recap below. On tonight’s episode, an elimination occurs after the second week of performances.

On the last episode, “Dancing with the Stars” was back with an all-new celebrity cast ready to hit the ballroom floor. The competition began with the two-hour season premiere. The premiere episode kicked off with an exciting and dynamic opening number, featuring all of the celebrities and dancers, along with returning head judge Len Goodman. Did you watch the last episode? If you missed it, we have a full and detailed recap right here for you.

On tonight’s episode as per the ABC synopsis, “the 12 celebrities ready themselves for Latin Night, one of the hottest nights in the ballroom, with each celebrity performing either a rumba, salsa, samba, paso doblé, cha cha, or Argentine tango, on “Dancing with the Star.”

The dancers will open the show with an exciting number to the song “Shake That,” by Samantha Jade featuring Pitbull, and then each celebrity will go on to perform a captivating and alluring Latin dance. At the end of evening, one couple will be eliminated from the ballroom competition.”

Judges Comments: Len: “You didn’t need the flames, that dance was hot enough. The leg action cold have been stronger here and there. Well done and better than last week.” Bruno: “Look at you emerging from the flames, I like what I see, you are getting the taste of it. One you get the feel of it, it all works very well, don’t doubt yourself. You are definitely into it, you are in the right place.” Carrie Ann: “Your comfort level, you are in your zone. You are a fantastic dancer, there are moments though that you tense up, but you are incredible, keep it up.”

Judges Comments: Bruno: “I did like what I saw, that body work is maintained to perfection but still a little untouchable. You need to go down and dirty for a Tango, you can’t hold back – you got it, flaunt it.” Carrie Ann: “I don’t think in every dance you need to get down, you are classy and sophisticated. It was perfect, you nailed it, I just need more angle in between.” Len: “The Argentine Tango has intimacy, you lacked a little but it was still clean and well done.”

Judges Comments: Carrie Ann: “Unfortunately you did not make dance great again, but you did make me laugh. Last week I wasn’t as entertained, your shirt is great. You had rhythm, there was improvement.” Len: “What I like is that you are the sort of person that I think is great on Dancing with the Stars, you come out here and you give it your best shot.” Bruno: “Bad hair day? Plenty of bravado but the content I am not sure what it was, it will take a lot of discussion and debate, but I loved it for all the wrong reasons.”

Judges Comments: Len: “Well done to Mark for great choreography and well done to Alan for standing in. Well done to Paige for having the best dance so far in season 22.” Bruno: “My God, all of that energy, but it was energy combined with great ease of movement. I tell you though, be very careful to not go ahead of the music.” Carrie Ann: “You rushed a little bit, but you destroyed that number. Every move you are full out, so powerful as a dancer.”

Judges Comments: Bruno: “You really are blessed and gifted with all the right equipment, you just need to apply it more.” Carrie Ann: “I appreciate the chemistry and you know the movement, I think that in this dance particularly you need to have a sturdy frame and there was a lift.” Len: “The good thing is there is a dancer inside of you and with Sharna’s hard work, you will be good.”

Judges Comments: Carrie Ann: “You lost track of where you were in the choreography and it got me lost with my judging. Don’t make faces, just do you. You’ve got Tina Turner legs and Beyoncé energy, it’s all good.” Len: “You showed great promise and potential, you don’t hold back, you attack it. Well done.” Bruno: “The lady is having fun and when you have fun so do we. Dance is new for you, when you make a mistake cover it up and move on.”

Judges Comments: Len: “There was a massive lift, it was a proper one; I can’t accept that and I found it was all too hectic. Rumba is the only slow Latin dance, you needed to calm it down.” Bruno: “Those eyes, but pay attention, you have to teach him not to break the line through the hand. It is very difficult, you have to have him practice and practice.” Carrie Ann: “I thought it was stunning, the one thing I am going to say, you lacked attention to the musicality, the tone of the song….and there was a lift.”

Judges Comments: Bruno: “I appreciate the fact that you tried to get into character, there was a lot of Cha Cha Cha there but it didn’t fit.” Carrie Ann: “I like that I got to see more of your personality, my heart goes out to. You did so much better, but there was mistakes and you were offbeat.” Len: “Much more dance content, you were a bit off time, you loose focus. Just come out and give it a go.”

Judges Comments: Carrie Ann: “You look at ease but in general I thought you were dancing a little too small. You are a big man, I want you to own the floor, I felt like you only took 30% tonight.” Len: “It was tasty in places but there were some funny bits here and there. Overall, well done. “ Bruno: “The Cha Cha was lost in translation, it was drowned with his personality. But, good performance.”

Judges Comments: Len: “It was a full up dance full of energy, full of excitement and I am full or praise.” Bruno: “That is how you salsa you have all the moves from a to z. Go for it man.” Carrie Ann: “People might have known you as Boys to men but tonight they know you as king of the ballroom.”

Judges Comments: Bruno: “It was like watching Spartacus and the dancing gladiators. Your attitude was so much better but you need your hips forward.” Carrie Ann: “Doug Flutie is in the game! That was basic and simple, but sometimes you have to play to your strengths, you made it all yours.” Len: “It had attack, it had purpose and it was better than last week.”

Judges Comments: Carrie Ann: “You were trying to find your inner swag and you did, it was a fantastic routine. You slipped up, but it didn’t show in your face and I applaud you for that.” Len: “It took a while to get started, I’m not a fan of the flowers but I loved the recognizable steps.” Bruno: “You bring on the feel good content, you did good. Your performance never faltered, that is the way to do it.”

Time for some results. Mischa Barton & Artem Chigvintsev and Geraldo Rivera & Edyta Sliwinska are in the bottom, as well as Doug Flutie & Karina Smirnoff.

The first couple to be eliminated this season is Geraldo Rivera & Edyta Sliwinska.