Dancing With The Stars News: Bill Clinton Asked To Compete On DWTS Casting Director Confirms – Will He Dance? 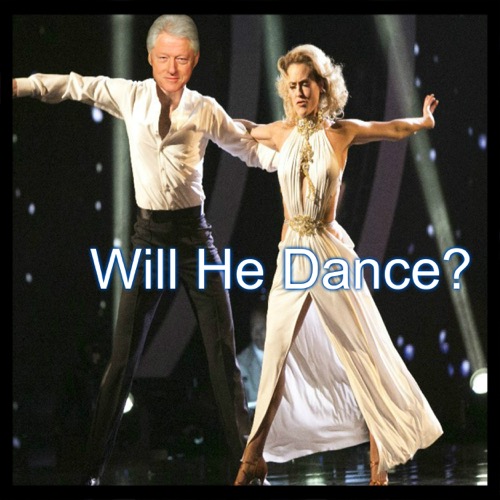 Dancing With The Stars’ (DWTS) casting director, Deena Katz has revealed in an interview that up until 2016, she has asked former President of the United States (POTUS), and potential First Gentlemen – Bill Clinton to come and compete on the show, ever since DWTS premiered in 2005.

Katz went on to say that she did not ask him this year because she figured he might be a little busy supporting his wife, Hilary Clinton in her campaign to become the next and first female President of the United States. The 42nd Commander in Chief, may have been available in previous years but this year, in particular, he has a valid excuse, supporting his wife, as she continues her race in the presidential election against Republican nominee Donald Trump.

It wasn’t just Bill Clinton that was a long shot for Season 23 of DWTS, but so were the athletes competing at the 2016 Rio de Janeiro, Brazil Olympics. “You know it worked with Shawn Johnson, it worked with Misty May, it worked with Evan Lysacek, and that is our show, that’s America”, Katz told ABC News. She admits to talking to a lot of Olympians, but cannot really lock anyone in. The calls have gone out and now it is a waiting game, but, of course, they are a little busy right now too.

Shawn Johnson, a Gold medalist won DWTS in 2009, and also placed second in the show’s All-Star edition in November 2012. Figure Skater Evan Lysacek got second place on season 10 in 2010, and Gold-medal Volleyball champ, Misty May appeared in Season 7 in 2008, until an injury that forced her to quit.

American Next Top Model Winner, Nyle DiMarco won the last season of Dancing With The Stars in May 2016. DWTS will be returning to ABC for its 23rd season on Monday, September 12 at 8 p.m. ET. Be sure to set your DVRs, and don’t miss a single episode of the new season!