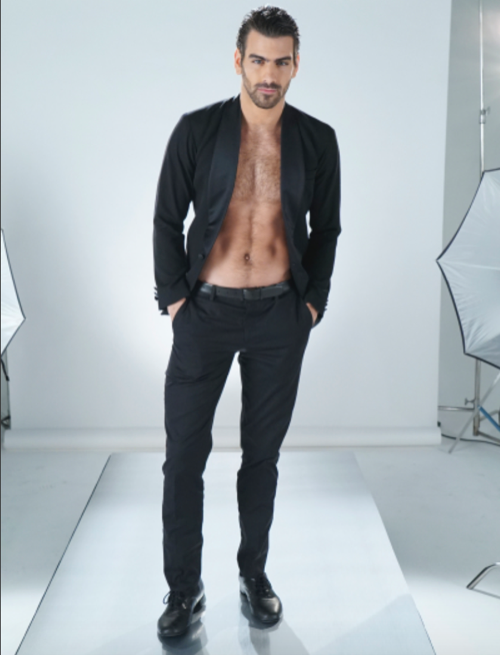 If you watched Dancing with the Stars Week 7, you could not have missed when contestant Nyle DiMarco was scolded by judge Len Goodman. Nyle was told he was “ridiculous” for saying that his only competition on the show was pro-dancer Val Chmerkovski – a slap in the face to the other celebs who he clearly felt was in no way a real threat to him in the competition.

Nyle DiMarco came off as extremely arrogant, not confident as a lot of people said. Even though Nyle is a superb dancer, Len was on target and absolutely correct when he called him out. Plain and simple, Nyle is a great amateur dancer, not a professional one!

The feud between Nyle and Val actually started several weeks ago when Val accused Nyle of getting too close to his DWTS partner, Peta Murgatroyd, who is engaged to Val’s brother, Maksim Chmerkovski. Also, there has been a lot of talk that Nyle’s scores are too high for the performances that he is been delivering compared to the other celebrities that are doing a much better job.

Nyle and Val tweeted a truce after Nyle’s live on air comment about Val rubbed a lot of people the wrong way, but that didn’t do anything to clear the tension on the set of DWTS. In fact, on DWTS Week 8 TPTB had an opportunity to squash all the rumors about the feud by teaming them up in the Judges Team Challenge, but they didn’t.

Clearly tensions are continuing to rise behind the scenes and are about to explode! If Ginger Zee & Val Chmerkovski make it to the finals with Nyle & Peta, Nyle doesn’t have a chance to win now and I wonder what he will say when he is finally given the boot! Will Nyle keep his comments to himself, or will he fire back at the judges and America this time!!

Heads up Nyle, being cocky doesn’t win you a Mirror Ball Trophy. Come back to CDL for all your Dancing with the Stars news, views and recaps!