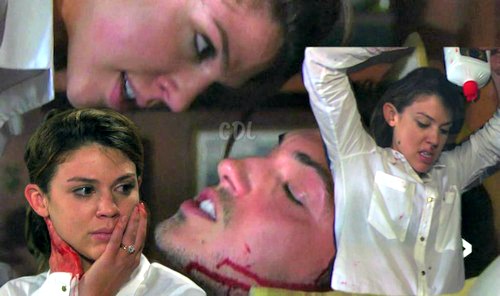 “Days of Our Lives” (DOOL) spoilers tease that Abigail (Kate Mansi) will take her revenge on Ben (Robert Scott Wilson) on Monday’s episode next week, April 11, but she could pay a steep price. As Abby prepared to set the blaze, Ben tried to convince her that they’d always be connected.

Ben promised that he’d haunt Abigail’s dreams whether he was dead or alive.

Abigail will take her chances and ignite the fire anyway. DOOL spoilers say Ben will survive and Abigail will have to cope with what she’s done. Since Chad (Billy Flynn) is going to cover for Abigail, she may not have to worry about any legal ramifications – at least not yet.

DAYS SHOCKER: Find Out if Joey is Jade’s Brother – Check it Out!

When Abigail was unleashing her wrath, there was nothing in this world she’d rather be doing. It felt great in the heat of the moment. Unfortunately, that feeling won’t last. Later this week, “Days of Our Lives” spoilers reveal that Abigail will have vivid flashbacks of the ordeal.

Abby will probably be upset about losing control and performing such a devilish act as setting a person on fire. 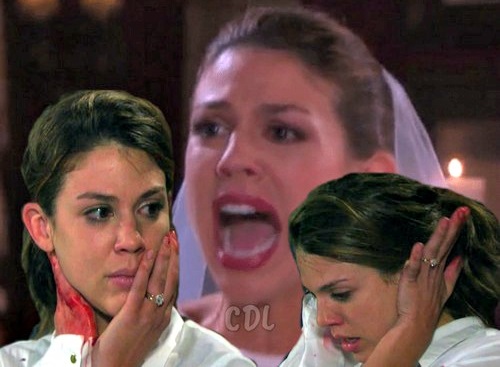 It was almost like an out-of-body experience for Abigail. She definitely wasn’t herself that day! Perhaps that’s part of the problem. Abigail may not be sure who she is anymore. Ben has invaded Abby’s mind and he just won’t go away.

Most “Days” spoilers suggests Abigail will end up in a mental institution when Kate Mansi’s last air date rolls around. It seems like there are three possible routes for Abby to get there.Option one would be Abigail loses it and finishes Ben off in the hospital. Option two would be the truth comes out about Abby’s role in the fire.

Either of those options could lead to charges and a plea of temporary insanity. Abigail could be sent to a psychiatric facility instead of prison.

The third option might be that Ben escapes once again and Abigail totally crumbles. Can you imagine how Abby would feel if Ben was still out there after all of this?! Abigail could crack under the pressure and have to head to the psych ward.

Of course, it’s also possible that Abigail will leave another way. DOOL could surprise with a twist or two down the road. We’ll just have to wait and see how things play out. Stick with “Days of Our Lives” for updates on what’s next for Abigail.

So “Days” fans, what do you think about the news that Abigail will have powerful flashbacks of the fire? Will Ben continue to torment Abby in her nightmares? Is Abigail still on the verge of a breakdown?