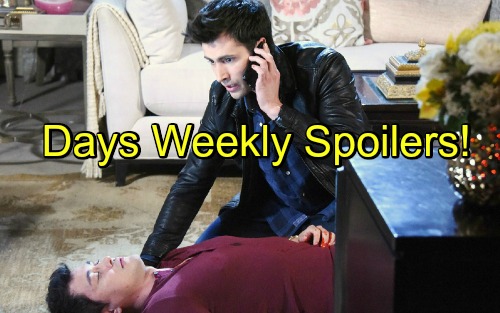 Days of Our Lives (DOOL) spoilers for the week of October 10-14 tease that we’ll see the terrible trio plot more destruction. Clyde (James Read), Xander (Paul Telfer) and Orpheus (George DelHoyo) still have plenty of business to take care of in Salem. Days fans can expect some explosive revenge.

First, Xander will finally have a chance to do serious damage. He’s been waiting somewhat impatiently, but Orpheus has encouraged him to be a team player. Xander will be thrilled when he gets the opportunity to go after his next victim.

DOOL viewers know that Xander has a grudge against Nicole (Arianne Zucker). He was quite interested in her when they first met, but she later realized he was shady. When Nicole tried to trick Xander, he repaid the favor with a murder attempt. Eric (Greg Vaughan) and Nicole were nearly killed after Xander trapped them near a blistering furnace. 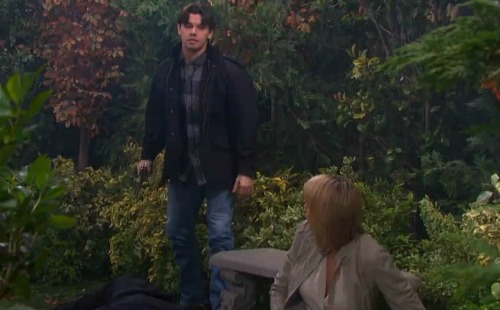 This time Xander doesn’t plan on letting Nicole get away. Days of Our Lives spoilers say Nicole will fear for her life when Xander suddenly appears. She’ll try to run, but Xander will raise his weapon. He’ll threaten to shoot if Nicole moves a muscle. It’s clear that Xander is ready for true vengeance.

Fortunately, we can confirm that Nicole will survive this ordeal. Maybe a bit of seduction will help Nicole stay alive. Deep down, Xander still has a soft spot for her. There’s a complex love and hate thing going on. Stay tuned to watch Nicole get out of this jam.

Meanwhile, Days of Our Lives spoilers reveal that Clyde will confront Chad (Billy Flynn) and demand the baby. He wants to give Thomas to Ben (Robert Scott Wilson) and he’ll think he’s figured out a way to do it. Andre (Thaao Penghlis) will pretend he’s on Clyde’s side, but the Poplar Bluff hillbilly is about to get duped. 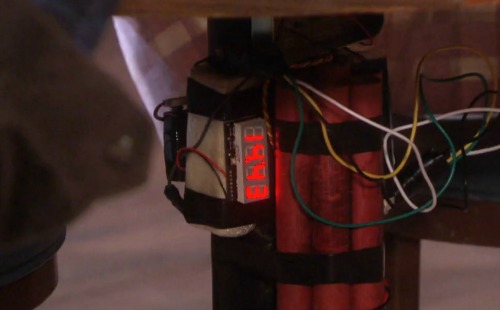 A fake shooting will leave a “bloody” Chad on the floor. Clyde will assume that Andre has pumped a bullet in his brother. When Clyde goes to get Thomas, he’ll be in for a big surprise. Chad will stand up with a phony wound and some officers will be waiting to escort Clyde to jail. 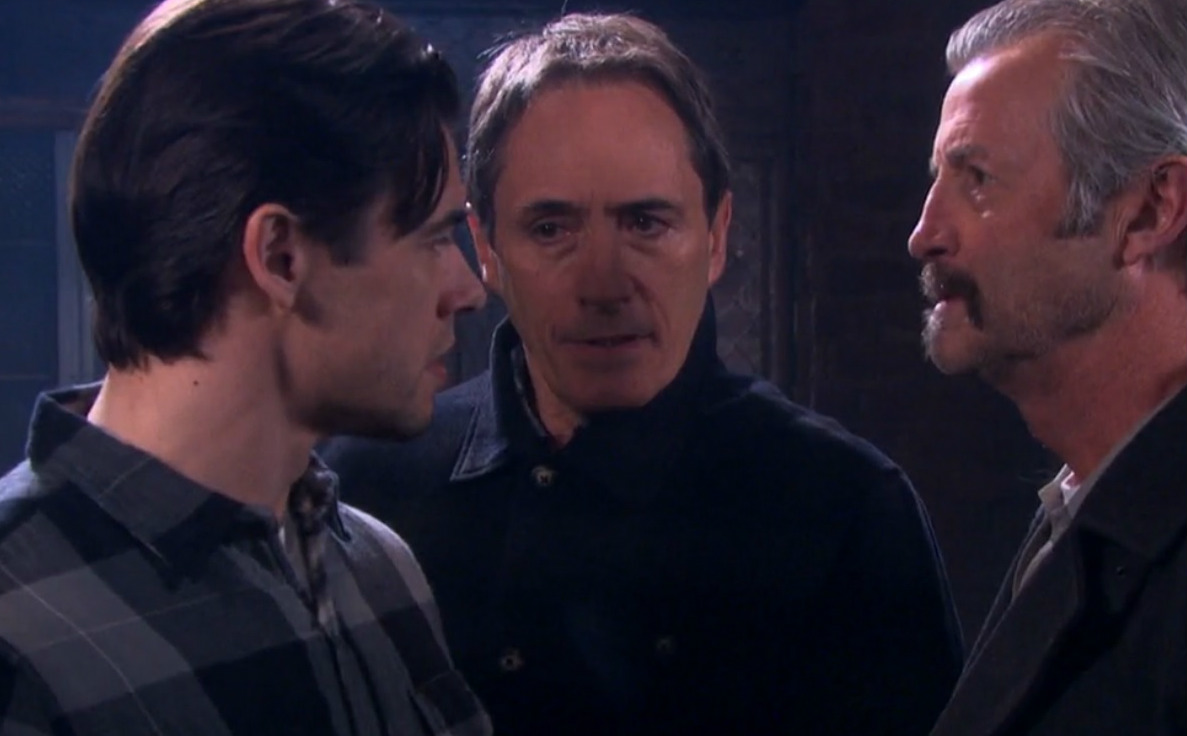 Of course, that’s nothing compared to what will finish off the week. Days spoilers indicate that Orpheus will plan a deadly explosion. He’ll want to kill every last Salemite and he’ll believe this is a good start.

It looks like all of the major players will pull through, but there will definitely be a few scares. After the blast, Eduardo (A Martinez) will find Dario (Jordi Vilasuso) badly injured in the square. He’ll manage to carry his son to the hospital for treatment. 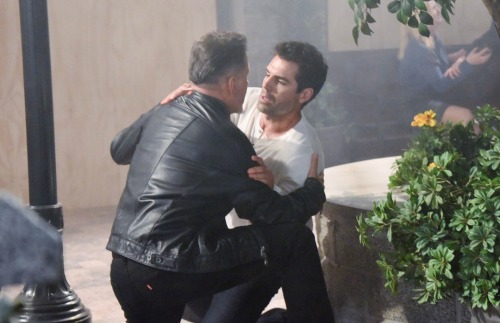 Luckily, it seems Dario will recover nicely. He’ll be sharing breakfast with Blanca (Ximena Duque) by next week. In the meantime, Sonny (Freddie Smith) will take matters into his own hands when he realizes Paul (Christopher Sean) isn’t breathing. He’ll give Paul CPR and beg his former flame to stay with him.

A little lip action certainly can’t hurt Paul and Sonny’s reunion chances. However, someone from Paul’s past could cause a delay. We’ll give you updates as other news comes in. Stay tuned to DOOL and don’t forget to check CDL often for the latest Days of Our Lives spoilers, updates and news.