Days of Our Lives (DOOL) Spoilers: John Imprisoned by Father After Shootout – Mystery of John’s Past Finally Revealed 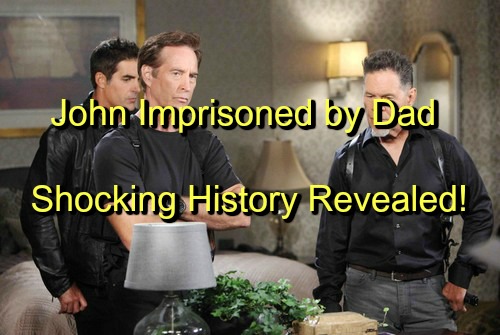 “Days of Our Lives” spoilers tease that on an upcoming episode this week John (Drake Hogestyn) and Eduardo (A Martinez) will receive specific instructions from Marlena (Deidre Hall) and Arianna’s (Harper and Sydnee Udell) captors. They’ll be given a location and orders on how this trade will go down.

The assassin organization is demanding that John and Eduardo return to work. If they want Marlena and Ari to go free, this is their only option.

Days spoilers say Eduardo and John will agree to the terms set by the kidnappers. They want Ari and Marlena home as soon as possible. There’s a good chance Eduardo and John will be asked to come alone. Eduardo already warned Rafe (Galen Gering) that it was best for him to back off and let the trained assassins handle this.

However, “Days of Our Lives” spoilers indicate that Rafe, Lani (Sal Stowers) and JJ (Casey Moss) will end up following them anyway. It looks like this posse of cops may spook the kidnappers. Fortunately, Marlena and Ari will be led to safety. As for John and Eduardo, they’ll be left to dodge bullets and take aim at their enemies.

Eduardo will be in bad shape after being gunned down. He’ll be rushed to the hospital while John is forced to surrender. That’s when John will get a huge shock. “Days” spoilers reveal that John will be captured by his own father.

Thanks to his chat with his mom, John assumes that his dad is dead. In reality, it appears he’s been working for the same agency that used to employ John.

John will likely have some questions for his father, who now calls himself Yo Ling (Tobin Bell). “Days of Our Lives” spoilers say John will be stunned when he learns the true story of his past. Even though these aren’t the ideal circumstances, at least John will finally get the answers he’s been seeking.

Of course, John will still need to get out of this mess. Luckily, several DOOL characters will organize John’s rescue mission back in Salem. Rafe, Marlena, Steve (Stephen Nichols) and Hope (Kristian Alfonso) will all be involved. 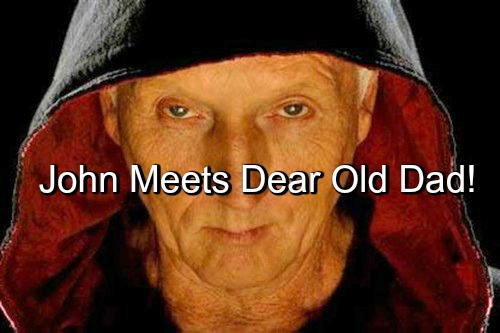 Eduardo will happily supply any information that might be useful. Once they have a solid plan in place, they’ll return for an epic showdown. In the meantime, John will struggle in shackles. Stick with the NBC soap for updates on the next round of drama.

So “Days” fans, what do you think about the news that John will be imprisoned by his father? What’s the story on Yo Ling? Will John be able to separate fact from fiction?

Will the hometown heroes save the day? Voice your opinion in the comments below and don’t forget to check CDL often for the latest “Days of Our Lives” spoilers, updates and news.