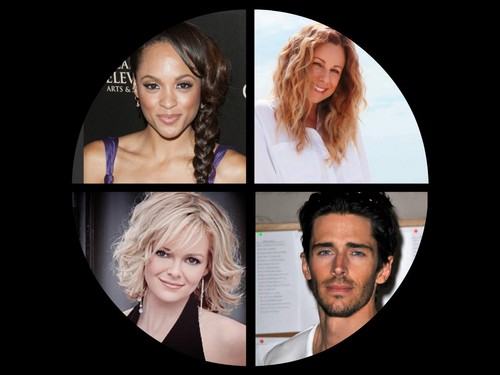 “Days of Our Lives” spoilers reveal that MAJOR cast cuts are going down at DOOL. Daytime Confidential is reporting that “Days” is giving the boot to not one, not two, not three, but four characters! Shawn (Brandon Beemer), Belle (Martha Madison), Lani (Sal Stowers) and Summer (Marie Wilson) are all fired and being written out of the show.

When “Days of Our Lives” spoilers fans heard about the latest writing change, many expected there would be shakeups behind the scenes. There’s also been a blind item circulating about one soap making drastic cuts. It looks like DOOL could be the unlucky daytime drama.

We all knew “Days” would probably agree to tighten the purse strings in exchange for a renewal. Beemer, Madison, Stowers and Wilson are likely the casualties of the battle to stay on the air. Of course, the casting call for Summer hinted that she’d only be around for a short-term arc anyway. There’s really no surprise there.

When it comes to Lani, DOOL viewers haven’t been given a chance to connect with her. Lani was brought on as Abe’s (James Reynolds) long-lost daughter, but the show hasn’t devoted much time to developing that relationship.

Lani is just now starting to get a real storyline through her romance with Shawn, who is on his way out as well.

Perhaps Shawn and Belle will eventually reunite. They might leave town to work on their relationship elsewhere. That makes us wonder what might happen to characters like Claire (Olivia Rose Keegan) and Philip (John-Paul Lavoiser).

Claire may be safe since Keegan is arguably one of DOOL’s strongest teens. Maybe Claire will stay behind to go to Salem University once her parents hit the road.

As for Philip, “Days of Our Lives” spoilers say TPTB could be keeping him around for Chloe’s (Nadia Bjorlin) return this spring. We can’t kick everybody off! There won’t be anyone left to pair up. Still, we may see even more cuts over the next few months. We’ll give you updates if we hear about any additional firings.

So “Days” fans, what do you think about the news that four characters are out? Will you miss Shawn, Belle, Lani or Summer? Do you expect more DOOL stars will be leaving Salem soon?