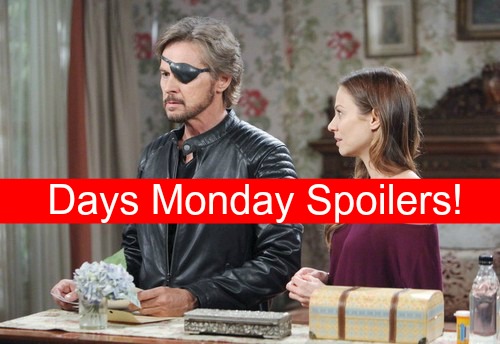 “Days of Our Lives” spoilers for Monday, February 1, reveal that Ciara (Vivian Jovanni) will not be a happy camper. After stumbling across the phone Chase (Jonathon McClendon) used to bully Theo (Kyler Pettis), Ciara will fly into a rage. Ciara will demand an explanation for Chase’s behavior and they’ll share some heated moments.

Chase’s love for Ciara undoubtedly runs deeper than she realized. Once Ciara has time to cool off, she could soften toward Chase slightly. However, Chase will have work to do if he hopes to rebuild Ciara’s trust. There’s a good chance Chase will need to apologize to Theo if he wants to patch things up with Ciara. If not, Chase will at least need to cut out all the cruel messages. 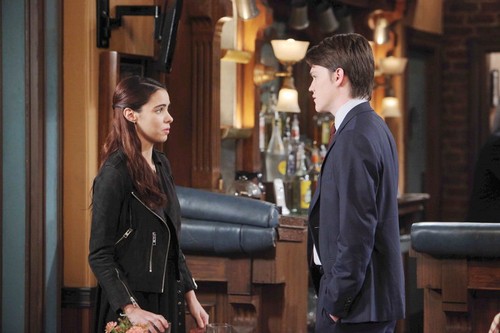 Belle (Martha Madison), on the other hand, won’t appreciate Eve’s interference. By Tuesday, Belle will order Eve to steer clear of Claire. The confrontation will leave Eve feeling disheartened and it’ll send her straight out of Salem.

Elsewhere, Steve (Stephen Nichols) will try his best to get updates on Kayla’s (Mary Beth Evans) location. DOOL viewers know that Ava (Tamara Braun) has a very strict set of demands. She won’t give Steve any details about Kayla until he helps her find their son. Nevertheless, Steve knows that Ava is in love with him and he’ll use that to his advantage.

“Days” spoilers indicate that Steve will try to make Ava believe he has feelings for her, too. Naturally, Ava will be suspicious of Steve’s sudden turnaround. She’ll think Steve is just hoping to get info on Kayla ASAP. Sneaky Steve will attempt to prove his devotion with a kiss.

Unfortunately, DOOL spoilers say Joey (James Lastovic) will walk in on their steamy smooch. Since Joey fell hard for Ava, he’ll feel betrayed by both of them. Steve will explain the situation, but he’ll end up landing himself in hot water with Ava. It looks like bringing Kayla home won’t be an easy task. Stick with “Days of Our Lives” to see how far Steve will go to make it happen.

So “Days” fans, what do you think about the news that Ciara will lash out at Chase for his bullying? Will Belle try to reconnect with Claire once Eve’s out of the picture? Will Steve get in over his head as he deceives Ava? Voice your opinion in the comments below and don’t forget to check CDL often for the latest “Days of Our Lives” spoilers, updates and news.

Days of Our Lives Preview for Monday, February 1 2016