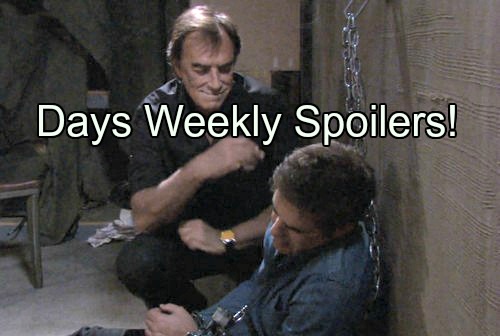 Days of Our Lives (DOOL) spoilers for the week of July 11-15 tease that we’ll see several shocking moments. To start things off, Chad (Billy Flynn) will have to cope with a crushing blow. Andre (Thaao Penghlis) will concoct a story that seems to prove Abigail (Kate Mansi) is dead.

Of course, we know Abigail is set to return this fall in the form of Marci Miller. Days fans will be anxious to see where Abigail has been. In the meantime, Chad’s head will be spinning over Andre’s revelation. Jennifer (Melissa Reeves) will fear that Thomas won’t get the proper care with Chad as his only parent.

Days of Our Lives spoilers indicate that Doug (Bill Hayes) and Julie (Susan Seaforth Hayes) will offer some guidance as Jen considers her dilemma. Initially, Chad won’t be pleased with Jennifer’s attempt to get custody. He’ll even go to Belle (Martha Madison) and ask her to be his lawyer.

Luckily, DOOL spoilers suggest that this custody battle will soon fizzle. Chad will be too heartbroken to fight. He’ll realize that Jennifer is right about the situation. He’s just not up to caring for Thomas right now.

Meanwhile, Theresa (Jen Lilley) and Brady (Eric Martsolf) will put together a search party for Tate. They’ll hope that they can find his kidnapper before she gets too far. Naturally, Theresa will think Summer (Marie Wilson) is responsible for her missing “Tater Tot.” 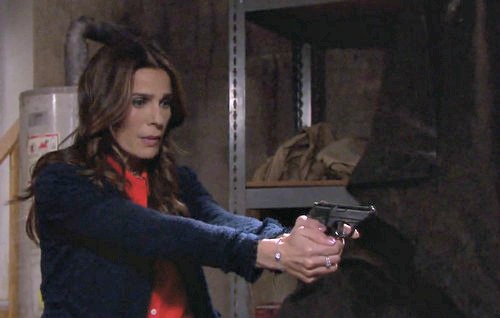 Elsewhere, Summer will hand over Tate to the person who paid for him. Once the deal is done, Summer will take off and try to fly under the radar. It appears she won’t do a very good job since Brady and Theresa will track her down next week.

Brady will also suspect that Victor (John Aniston) knows more than he’s letting on. Something is up and Brady intends on getting to the bottom of it. Across town, Dario (Jordi Vilasuso) will try to tolerate Eduardo (A Martinez). It doesn’t sound like much, but it’s a major improvement.

Other Days of Our Lives spoilers reveal that Chloe (Nadia Bjorlin) will get a surprising offer. Philip (John-Paul Lavoisier) has been struggling to find artists to sign at the record label, but he’ll think he may have found his new star. This could be great for Chloe as well as the label.

Chloe will be stunned and flattered by the news. She’ll likely decide to hang around Salem and work toward a real music career. That means Chloe and Philip will have a chance to grow much closer…

At Shady Hills, Days spoilers say Chase (Jonathon McClendon) will completely lose it. His emotions will erupt at the psychiatric facility. Ciara (Vivian Jovanni) will face off with Chase and make her feelings known.

Back in Salem, Hope (Kristian Alfonso) will learn Aiden (Daniel Cosgrove) has been deceiving her. Aiden will be arrested and Hope will rip into him for all of his lies. Later, Hope will get caught in an explosion after trying to save Rafe (Galen Gering) at the abandoned DiMera property.

Whew! That’s a lot of action happening this week. We’ll give you updates as more details roll in. Stay tuned to DOOL and don’t forget to check CDL often for the latest Days of Our Lives spoilers, updates and news.