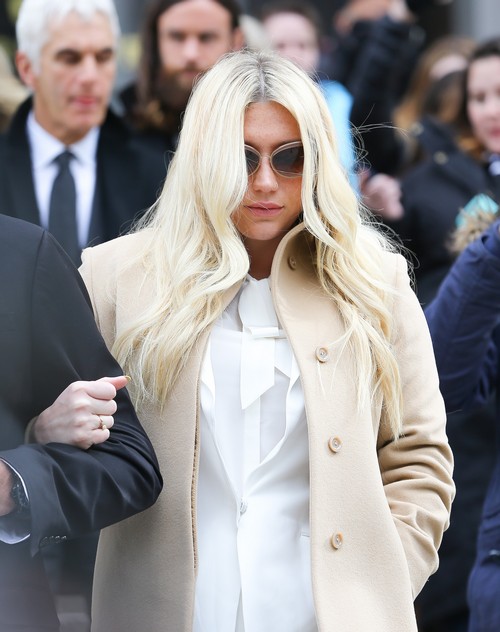 Demi Lovato attacked Taylor Swift on Twitter for helping Kesha fight Dr. Luke by giving the troubled singer $250,000. Demi Lovato and Taylor Swift have never really been besties – the two singers have been feuding off and on for years. But, over the weekend Demi Lovato let it be known on Twitter that she is not impressed with Taylor Swift’s recent charity. T-Swift cut a check to Kesha for $250K after the judge ruled that she had to keep recording music for her alleged rapist Dr. Luke.

When news broke that Taylor Swift had donated $250K to Kesha – as a ‘I’m sorry you have to work with a man who abused you gift,’ Demi Lovato went off on total rant on Twitter and made it very clear that throwing money at someone who had just been abused was not the answer, and pointed out that Taylor Swift likes to cut checks rather than take a stand and risk stirring up any controversy.

First Demi Lovato sent out this obvious tweet about Swift, “Take something to Capitol Hill or actually speak out about something and then I’ll be impressed.” Taylor of course didn’t speak out about Demi’s disapproval either – because that would be way too controversial, but her diehard fans began attacking Demi on Twitter.

It wasn’t long before Demi flipped a lid and went on a semi-Kanye-style rant on Twitter. The pop-star tweeted, “At least I’m talking about it. Not everyone has 250k to just give to people. Would love to but I didn’t grow up with money and def haven’t made as much as her.”

“At least I speak up about shit that’s uncomfortable to talk about rather than trying to be politically correct 24/7. There’s no ‘rivalry. I just give more f–ks than other people and would rather start a dialogue ABOUT WOMEN COMING FORWARD ABOUT BEING RAPED than throw money at one person.”

So, are you Team Demi or Team Taylor? Is writing Kesha a check for $250,000 just Taylor Swift’s way of seeming like a saint, but not having to get caught up in any controversy? Or is Demi Lovato overreacting?

It seems like Taylor is offering solid support to a fellow female singer who is obviously struggling and losing against the powerful male-dominated music industry whereas Demi Lovato is opening her mouth once again, showing she is jealous and feels inferior.

Let us know what you think in the comments below!