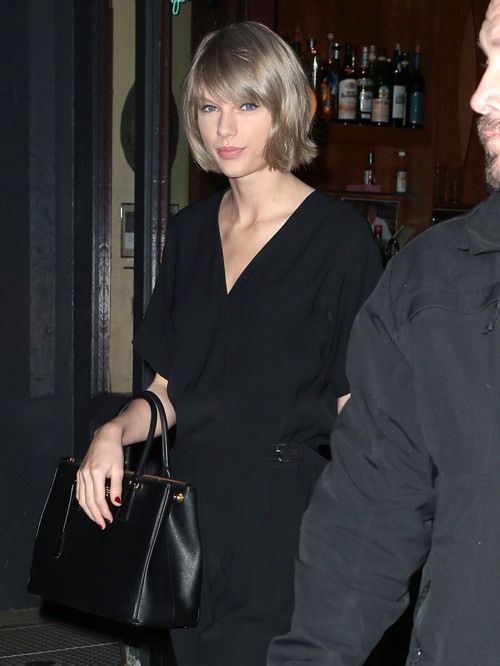 Never one to turn a blind eye to a good charity – Taylor Swift donated $250,000 to fellow singer Kesha after the judge denied her request to get out of her contract with Dr. Luke. Just a few hours after the judge made his decision, and photos of Kesha sobbing because she had to continue working with the man that she has accused of sexually abusing her hit the Internet – Kesha’s Mom announced on Twitter that Taylor Swift had generously donated $250,000 to Kesha.

Kesha signed with Dr. Luke when she was just 18 years old, and in 2014 (in the midst of one of the singer’s messy meltdowns/trips to rehab), she launched a lawsuit against Dr. Luke, alleging that he sexually abused her, was forcing her to do drugs and drink, and raped her. Of course Dr. Luke denies all of Kesha’s accusations and calls her a liar. Interestingly enough, Kesha isn’t trying to get Dr. Luke arrested – she just wants out of her contract with him.

However over the weekend the judge dismissed her injunction because Dr. Luke offered to let her work with one of his employees, rather than 1-on-1 with her, and that seemed like a suitable answer to everyone’s problems in the eyes of the judge.

We’re not sure what exactly $250,000 is supposed to do for Kesha? Buy her another trip to rehab, or maybe buy her a piece of her dignity back? We’re starting to feel bad for Kesha – really – but not a quarter of a million dollars is not bad.

Money is great, we would love $250K, but doesn’t it seem a bit cold-hearted? Celebs took to social media to show their support for Kesha – Demi Lovato, Ariana Grande, Kelly Clarkson, and Lady Gaga all took to social media to let Kesha know how “brave” and “strong” she was. But, Taylor didn’t want to touch the controversial topic with a ten foot pole – so she just cut Kesha a check.

What do you think? Did Taylor Swift do a good deed or just try to buy love? Will Kesha be able to use the money to pay her lawyers to find another way to get her out of Dr. Luke’s contract? Let us know what you think in the comments below!

Taylor Swift and Lena Dunham spotted out for dinner at the Blue Ribbon restaurant in New York City, New York on February 21, 2016. FameFlynet