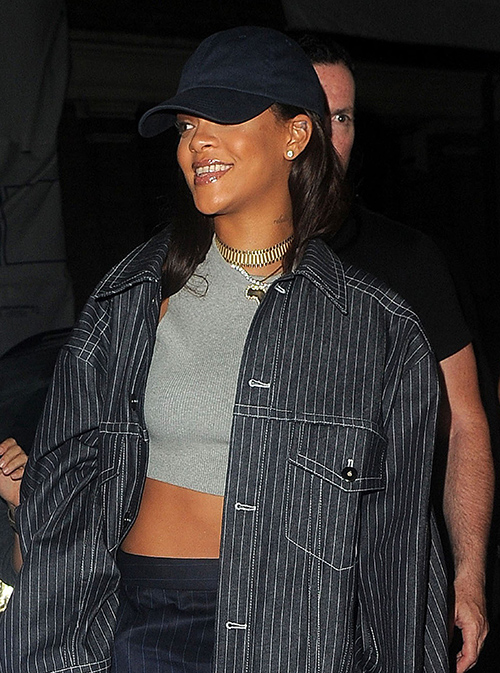 Many people have started to wonder if Drake and Rihanna are dating, as they’ve been seen out together the past few nights. Rihanna and Drake were seen leaving Tape club in London on Friday, July 1st, further adding to the evidence that these two superstars are in romantic cahoots and reigniting their former flame. It’s hard to tell right now if the two are actually dating or if they’re simply good friends hanging out around town.

Whatever their true reasons are for chilling together, it doesn’t seem outside the realms of possibility to assume they’re hooking up. According to TMZ, last night’s instance was the fourth time (in a row) they were seen out together.

On Thursday, June 30th, according to US Weekly, the two singers were seen heading back to Rihanna’s hotel room around 4 AM. If that’s not a sign of dating – or at least an invitation to get cozy together – then we’re not sure what is.

Back in May, an insider told the tabloid that, while in a party venue, “Drake and Rihanna were together the whole time inside, being loving. They were affectionate. They had their arms around each other.”

What do you make of this potentially blossoming celebrity love connection. Do you think Drizzy and Rihanna are dating? Should they get back together and take back their crown as one of Hollywood’s A-List celebrity power couples? Leave your thoughts in the comments below and keep checking CDL for any hot updates regarding these two singers.