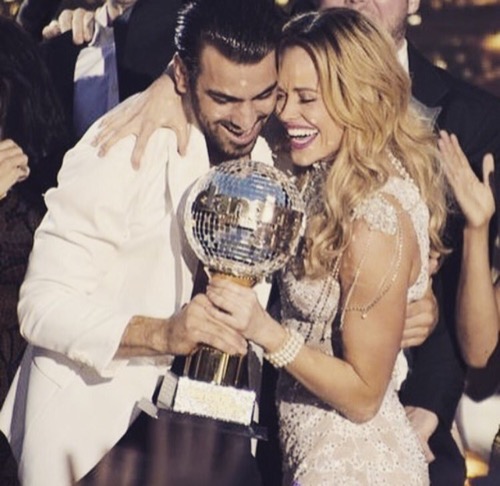 Watch out “Magic Mike”, Channing Tatum is about to be replaced with a smoldering, 27-year-old model, Nyle Dimarco. Fans of the Dancing With The Stars winning reality star will be thrilled to know that he is set to bring his specific set of skills to Las Vegas. Other celebrities that have worn the Chippendales’ iconic white cuffs and black bow tie include Tyson Beckford and Antonia Sabato Jr.

The winner of both “Dancing with the Stars” and “America’s Next Top Model” has recently revealed that he will be the latest celebrity guest host at Las Vegas’ Chippendales. Yes, you heard that right, CHIPPENDALES – the strip teasing male dance troupe is alive and going strong. “Chippendales is an iconic brand and legendary show – headlining a production like this with such a talented cast of performers is a once-in-a-lifetime experience!” Nyle DiMarco said in a statement recently.

This is a very racy move for the “boy-next-door” star, who rose to fame as “America’s Next Top Model’s” first deaf winner. Shortly after winning ANTM, Nyle signed with Wilhelmina Models in NYC. His appearance on ANTM also gave him some supporting roles on TV, like the recurring role of Garrett Banducci in Switched at Birth. His TV appearances lead up to him taking home his next trophy from Season 22 of ABC’s Dancing With The Stars, with his partner Peta Murgatroyd. He was the show’s first deaf male contestant and the first deaf winner!

If you are not familiar with Nyle DiMarco, he was born in Queens, NYC and has two brothers, Neal and his fraternal twin, Nico. He is the 4th generation in a deaf family. He came out as sexually fluid when a follower on his Twitter asked him who he preferred. In his response, he also linked an article about being sexually fluid, to educate his followers. He is also a deaf activist.

If you happen to be in the Las Vegas area, be sure to visit Chippendales. Nyle DiMarco will be hosting there at the beginning of September 2016.